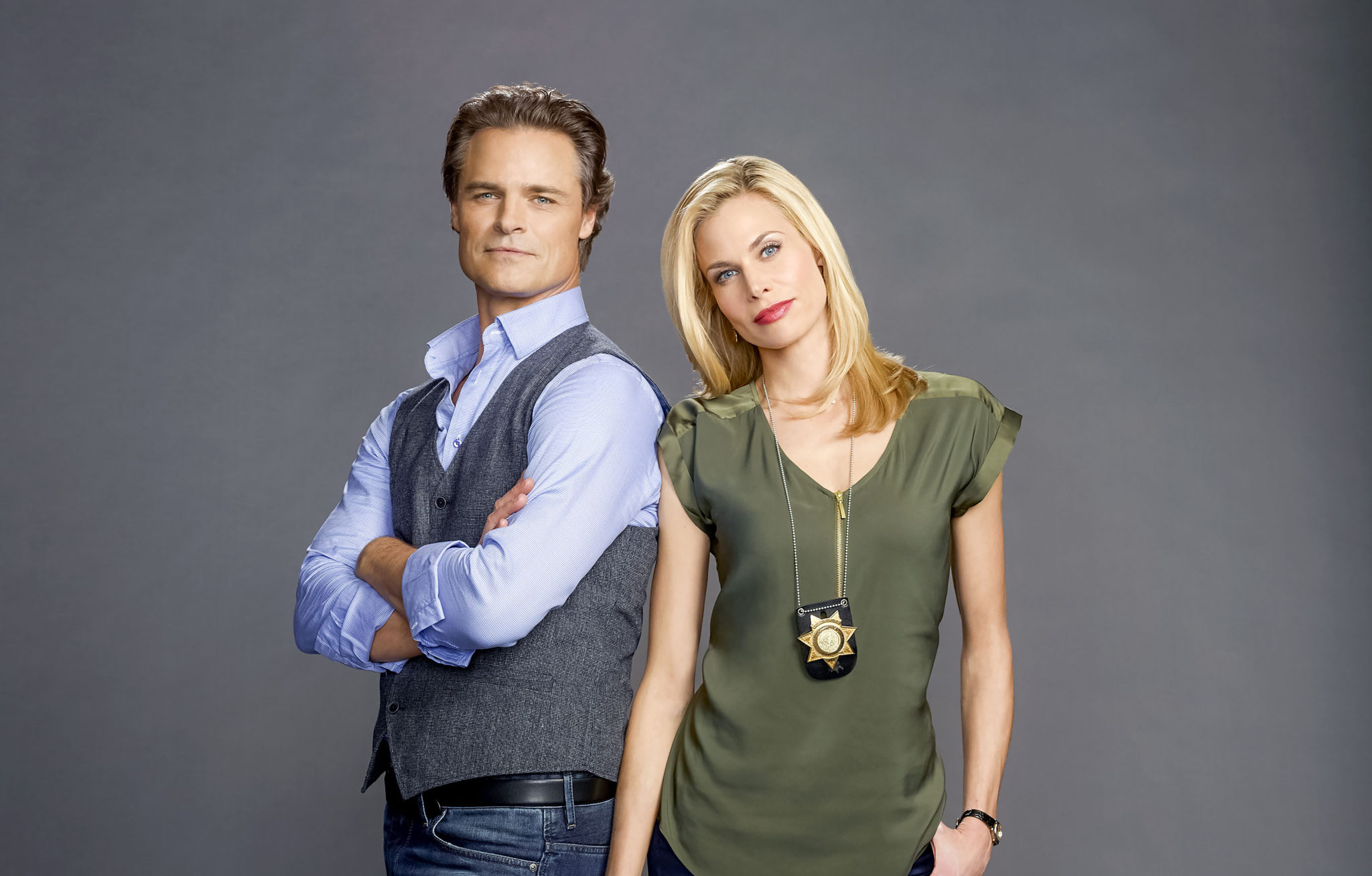 The Gourmet Detective is coming back with Roux The Day! Dylan Neal and Brooke Burns are returning as culinary sleuth Henry, and Homicide Detective Maggie in the fifth installment of the Hallmark Movies & Mysteries franchise. What is this new movie about and when can you see it? We have all the details.

What Is The Gourmet Detective: Roux The Day About?

Maggie (Burns) and Henry (Neal) are back for a new Gourmet Detective mystery, this time with a Cajun twist. According to the new Hallmark trailer released on Monday, the dating and sleuthing duo have to solve another mucer. They uncover a book of recipes. But, could this old old book actually include clues to solving a murder? Maggie seems to think so! But, it seems that anyone who owns the book could face “dire consequences.” Can Henry’s culinary knowledge and Maggie’s savvy sleuthing solve this case before anyone else is murdered?

Besides Brooke Burns and Dylan Neal, fans of the foodie mystery series will be happy to know that Bruce Boxleitner will be returning as Henry’s dad, Jim. He promises to provide some humor and lightness to the latest mystery. Previously, Henry had a mercurial relationship with Jim, so we could see their relationship continue to grow.

Of course, we already know that Maggie and Henry will have a lot of witty repartee. As TV Shows Ace previously reported, Neal and his wife Becky Southwell write the scripts, very loosely based on the Peter King mysteries. The two will even practice the dialogue to achieve the witty banter that Gourmet Detective fans love.

Will there be a sixth episode in the series? It all depends on whether fans tune in to watch Roux The Day. When is Hallmark airing the latest episode?

When And Where Can You Watch Roux The Day?

Are you ready for a new season of Hallmark mysteries? TV Shows Ace has reported that Crossword Mysteries: Abracadaver, starring Lacey Chabert and Brennan Elliott started out the Hallmark Movies & Mysteries in 2020.

Be sure to check back with TV Shows Ace for the latest Hallmark news. Crossword Mysteries: Abracadaver starring Hallmark’s favorite couple, Lacey Chabert, and Brennan Elliott premieres on Sunday January 5 at 9 p.m. EST time, on the Hallmark Movies & Mysteries Channel.

‘Extreme Sisters:’ Why Do Patrix & Patrica Want To Move To Orlando?
‘MasterChef: Legends’: Who Is Curtis Stone?
Lifetime’s ‘Left For Dead’ Continues Summer Of Secrets Series
Protective Order Issued In Josh Duggar’s Case
Now That ‘Younger’ Is Over, What Is Status Of Hilary Duff’s Spinoff?