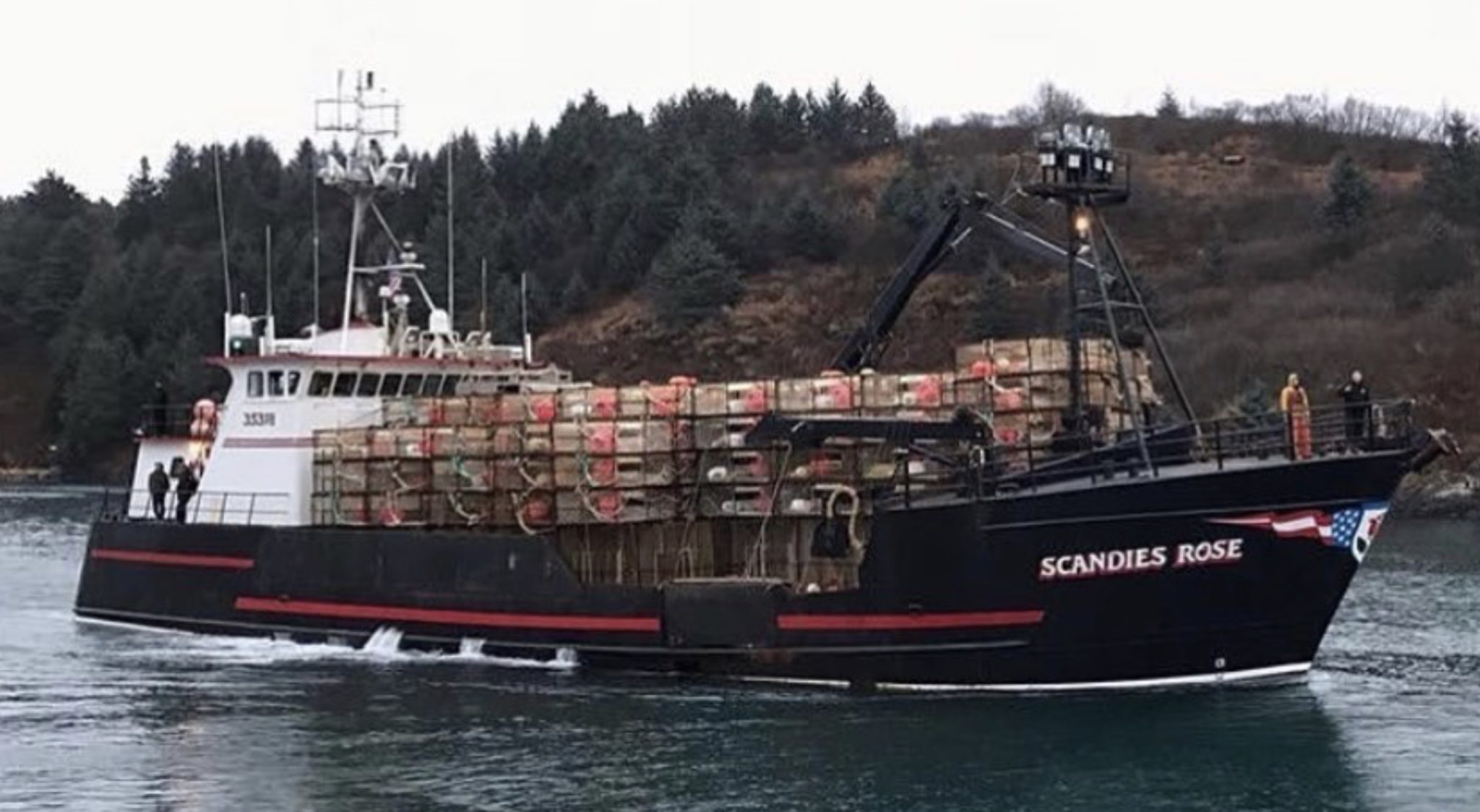 The crew of the F/V Scandies Rose may not have appeared on the Discovery show, the Deadliest Catch, but the tragic story of the sunken crab boat weighs heavy on the mind of the cast and fans. The latest news is that the U.S. Coast Guard has discontinued search for the remaining five crew members. Although officials have not named the missing, some of the names have been revealed by family members. Here is the latest news that we know now.

TV Shows Ace had reported that on Tuesday night, about 10 p.m., the F/V Scandies Rose sank. The 130-foot crab boat was about 170 miles southwest of Kodiak Island. They sent a distress signal, which sent the U.S. Coast Guard out looking for the seven crew members on the boat. Despite 60 m.p.h. winds and nearly no visibility, search crews found two rafts at about 2 a.m. Wednesday.

Only one raft had survivors. Neither have been identified by name, but both are male and according to USA Today, they are 34 and 38 years of age. They both got into survival suits, which helps with hypothermia, and they both got into the life raft. Neither know if the remaining five were able to suit up or get on a raft. Both men were hospitalized, but in stable condition.

Late Wednesday, the Coast Guard chose to suspend searching for the remaining five crew members. In their statement, they explained that they exhausted all possibilities in their 20-hour search. They utilized four Jayhawk helicopters, two airplanes and Coast Guard cutter in their search, under difficult conditions. From their experience, they know that this can no longer be a search and rescue mission as too much time has gone by.

Anyone who has seen the Deadliest Catch knows how close knit the world of crab fishing is. This is one of the most dangerous jobs in the world. Who are some of the crew members lost in this tragedy?

I love you Ashley and can't wait to return home.

According to the Daily Mail, a couple of family members have already revealed names of three crewmen. Gerry Cobban Knagin has shared that her brother, Captain Gary Cobban Jr., 61, and nephew David Cobban, 30 were not rescued.

She wrote on her Facebook page: “Rest In Peace dear brother. (Gary Cobban Jr) Young David – I’m hoping you’re on one of the little Islands waiting for us!”

Gerry also posted a thank you, on behalf of her family, to the rescue crews. “We, the Cobban Family, extend our Thanks and Gratitude to all the Coast Guard men and women involved with the search and rescue of crew members on the F/V Scandies Rose. The horrendous weather made for an extremely tough search. A special Thank You goes out to the men answering my many questions and phone calls.”

Another missing crew member is Brock Rainey. On December 26, he posted on Facebook he was headed to Kodiak, Alaska for Opies season. On Monday, he posted a photo with Ashley Biggs. The couple planned to marry when he returned home. His page is littered with heartfelt messages from friends and Deadliest Catch fans hoping that he would be rescued. This is an absolutely heartbreaking situation.

Rest In Peace dear brother. (Gary Cobban Jr) Young David – I’m hoping you’re on one of the little Islands waiting for us!

Deadliest Catch star Captain Johnathan Hillstrand had tweeted a message of prayer for the crew of the F/V Scandies Rose. One of his friends, Danny O, shared a photo of the crab boat. He shared the caption “Gary towing us to safety after a breakdown. Heartbroken.”

Gary towing us to safety after a breakdown. Heartbroken pic.twitter.com/cZLeTC49T6

As of now, there is no official cause for this tragedy. But, as two members of the crew have survived, this should help investigators understands the events that led to this horrific tragedy.

Be sure to check back with TV Shows Ace for the latest news on the F/V Scandies Rose and the Deadliest Catch.