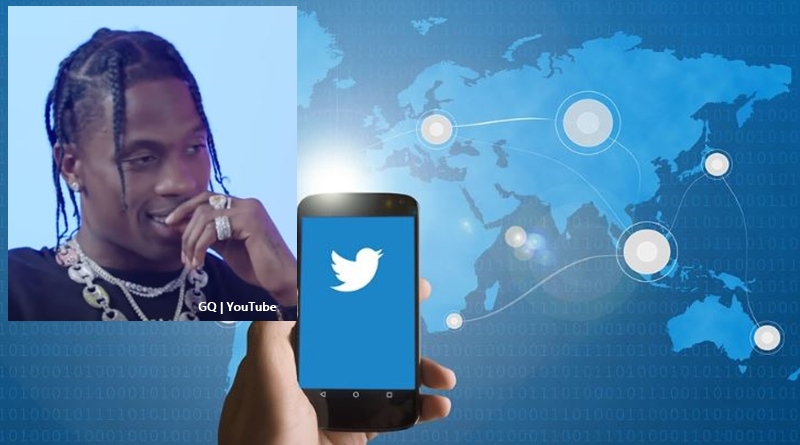 Travis Scott and Kylie Jenner fans heard that the couple split, but Kylie still keeps him very involved as a dad. And, fans think despite their problems, they still have very deep feelings for each other. But, on Twitter, someone impersonating Travis Scott’s account, got fans upset. They thought the real Travis made a flirty move on Jordyn Woods.

Fans might recall that things got a bit rocky between Kylie and Travis back in March 2019. They got into a huge fight, and Kylie reportedly claimed he cheated on her. TV Shows Ace reported that he was on tour at the time, and told fans he felt too ill to perm. But, leaks came out that Kylie actually went and had it out with him. Things never really improved after that.

By October, the couple had split. We reported that despite this, Kylie and Travis obviously still have some feelings for each other. In fact, they spent Thanksgiving together.  And, we noted that “while the couple is reportedly on a “break from their relationship,” they “seem happy” with each other.” Their fans hope that the couple gets back together again. But, one fake Travis account on Twitter clearly wants to stir the pot a bit more.

Cosmopolitan found the tweet that got fans in such a state about Travis apparently getting flirty with Jordyn Woods. They noted that the account’s name is very similar to the real Travis. Their report read, “[The account uses] the handle @Trvisxxxxxxxx, which is very similar to Travis’s actual handle @TrvisXX.” The tweet at year-end came in response to a photo that Jordyn Woods shared of herself back in August last year. It merely showed a double eyeball glancing emoji.

The outlet took a screenshot of the tweet, which has since been deleted.

The eyeball emoji was enough for a lot of fans of Travis Scott and Kylie Jenner to assume Travis just flirted with her. One fan commented, “Travis Scott posted on Kylie pic and said he miss his family then not a hour later he hit the

A few other amazed comments came in, but obviously, some fans knew it was faked.

Not all fans taken in by the fake Travis Scott account

Not everyone was taken in so easily. And one follower noted, “Wow i thought the Internet was full of detectives. So y’all going to really allow a fake Travis Scott page make y’all think he trying to shoot his shot with Jordyn. Smh!” Another person posted:

What do you think about a fake account for Travis Scott actually fooling some people into thinking he flirted with Jordyn Woods? Sound off your thoughts in the comments below.

Remember to check back with TV Shows Ace often for more news about Kylie Jenner and Travis Scott.