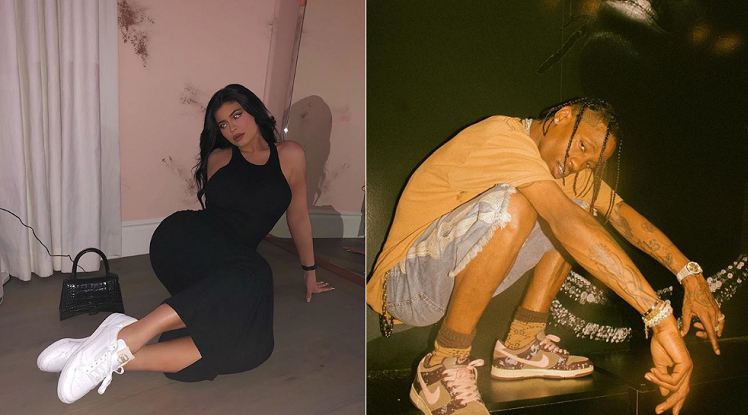 Kylie Jenner wants to keep Travis Scott around. The couple ended their two-year relationship three months ago. But that doesn’t mean she’s moved on. She still keeps the rapper on a tight leash. She’s even supported the rapper in a recent Instagram post.

Fans have speculated whether the couple is getting back together. The two have been getting quite flirty on Instagram lately. The beauty mogul shared what album she was listening to earlier this week. She made it clear that she still has her ex-boyfriend and baby daddy on her mind.

Jenner posted on Instagram Stories what album she was currently listening to. The album of choice was JACKBOYS by Travis Scott, as reported via Cosmopolitan. In the caption, she wrote “Stormis [sic] dad” in all capital letters. It was as if she was reminding fans that he’s the father of her baby girl and she will always keep him around.

While the couple ended their relationship three months ago, they’re still trying to be successful co-parents for the sake of their daughter. They’re aware that their daughter will forever tie them together and still have feelings for one another. Insiders revealed that they’ve become closer as a result. However, sometimes too much time together can be a bad thing for some exes.

The 22-year-old posted a series of black-and-white photos on Instagram on Sunday, Dec. 29, as reported via Us Weekly. Many of the photos show her wearing nothing but lacy lingerie. The photos were taken by her good friend and photographer Victoria Villarroel, who’s snapped most of her raciest shots in the past. Fans speculated whether these photos were for Scott’s eyes only.

Shortly after the photos were posted, the 27-year-old shared one of them on Instagram Stories with the caption: “Lol.” The rapper’s fans also wondered if his new track titled “Gatti” was about Kylie Jenner.

Thank ya @playboy for da 🥛

The two were last seen together on Thanksgiving with their daughter. An inside source told People that the two went to Palm Springs alongside Kendall Jenner, Khloe Kardashian, and mom Kris Jenner. While the couple is reportedly on a “break from their relationship,” they “seem happy” with each other.

While they’re not planning to rekindle their romance, they still love each other. The Keeping Up with the Kardashians star posted a photo on Instagram Stories in which she and Kendall sat on either side of their momager. She captioned the photo: “I hope everyone had a beautiful Thanksgiving.”

The couple was also spotted at the Agua Caliente casino during Thanksgiving weekend. A fan account shared their rare sighting on Instagram.

..🖤 making memories with my besties.

The couple reportedly wants to focus on their daughter rather than their relationship. What are your thoughts on Kylie Jenner and Travis Scott? Do you think they’ll ever get back together? Share your thoughts below in the comments section. Check back regularly with TV Shows Ace for the latest news on the Kardashian-Jenner clan.

‘OutDaughtered’ Fans Think Adam Busby Just Made A Big Mistake
Robyn Brown Has An Alternate Personality — And She Named Her
‘LPBW’ Tori Roloff Opens Up About Miscarriage, Hopes For Another Baby
Lifetime’s ‘The Seduction Of Joyce Mitchell’ & ‘Cellmate Secrets’ Tell Story Of New York Prison Break
Savannah Chrisley Gets Scolded By Fan For Wearing Barely Nothing?