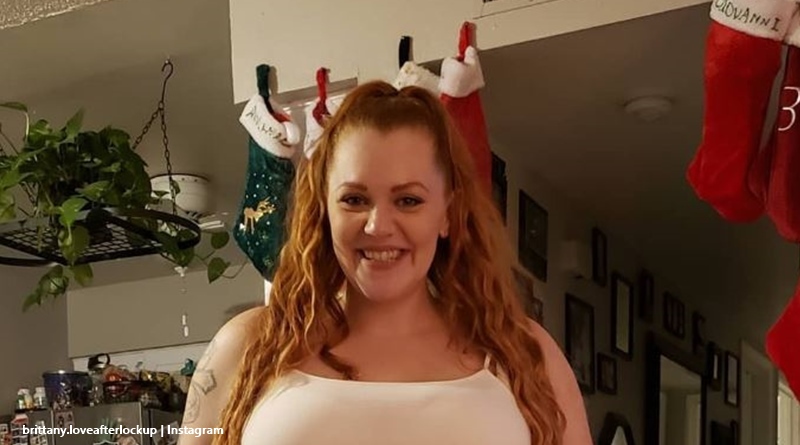 Life After Lockup brings the new season tonight on WEtv. Fans of Brittany Santiago and Marcelino wait with excitement for the season. In it, they’ll see that they expect another child. Lately, the couple got plenty of love from fans who can’t wait to see them on the show again. And, riding high, Brittany just announced that she completed writing a book.

If any character on the Love After Lockup franchise inspires fans, it’s Brittany. She gets so much love, and this Christmas season, many people wished them well. Her New Year’s post of her baby daughter Zoila got plenty of love. TV Shows Ace reported that the cute little girl danced with Marcelino as they rang in the New Year.  On that post, fans mentioned how much they get inspired by her story.

Well, when fans recall her past, the attractive mom certainly came a long way. Cheatsheet reminds us that she started out life just plain wrong. They wrote, “She fled an abusive home at age 12 and fell into homelessness, poverty, and addiction before first getting arrested at 18 on charges related to a home invasion. Brittany spent five years behind bars.” Out of prison in 2013, she went back again in 2017. Finally, after her release, she married Marcelino, and the Life After Lockup couple seemingly make a success of their life.

Brittany writes a book  and fans want to buy it

Taking to Instagram on Thursday night, Brittany shared a picture of some flowers. In the picture hung a balloon what the word “Congratulations” on it. Her caption read, “This present from my hubby has really brightened my day!❤❤❤ I have been working so hard on writing this book in between nap times, meal times, pregnancy problems, etc. Then she said, “I finally finished my book you guys!!!”

Brittany’s got plans for a “book tour/ meet-and-greet across the country.” But, then came the kicker – “Now… to score a publishing deal!” Well, of course, that’s the hardest nut for the Life After Lockup star to crack. Finding the publisher’s the harder part of the mission, as many writers explain across social media. But luckily, Brittany’s got a public profile and a thoroughly interesting story to tell.

Will Brittany get a publisher for her book?

Hopefully, Brittany gets a publisher to take on her book. Bear in mind not even reality TV show stars get instant publishers. In fact, in correspondence with this writer, Matt Roloff from Little People, Big World pointed out he chose a self-publishing route for Little Lucy, Big Race. But, already a promo company reached out to Brittany on the post. They said, “Congrats! If you are in need of a publicist, let me know! Best wishes 🙂❤️🥳🎂🎉.”

Maybe Brittany gets the interest of people with agents in the industry, which would greatly assist her. But, whether she publishes via a publisher or even self publishes on Amazon, no doubt people will buy her book. Plenty of fans told the Life After Lockup star they want one already. What about you? Would you buy Brittany Santiago’s book if it became available? Sound off your thoughts in the comments below.