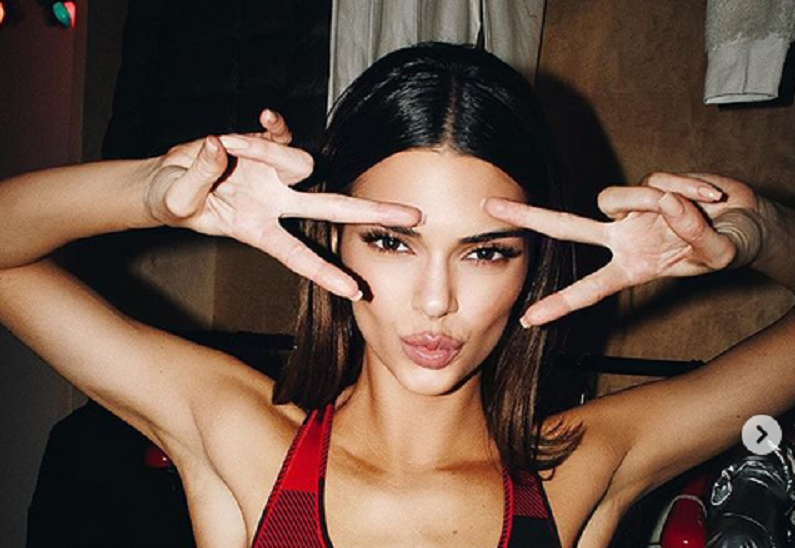 Kendall Jenner and Ben Simmons seem to have a hot and cold romance. The former lovers were spotted together on New Year’s Eve. However, they weren’t alone. The couple was seen ringing in the new year with a group of friends in downtown Philadelphia. So, was is it a date or wasn’t it?

It’s no surprise that the Kardashian-Jenner clan love leftovers. As TV Shows Ace reported, Kylie Jenner was caught spending time with her ex and baby daddy, Travis Scott. So did Kourtney Kardashian. Now it’s Kendall’s turn. She wanted to celebrate the last moments of the decade with the 76ers NBA player.

Couple spotted at a private party on a rooftop bar

According to a TMZ report, this recent sighting comes after an insider told People that Jenner and Simmons were “on a break” back in May. Their relationship fizzled at this point and the model didn’t want to get locked down. She wanted to focus on her career and enjoy time with her friends. But back in August, the reality star and the basketball player were also spotted attending a birthday party, which also included Kourtney and her ex-boyfriend Younes Bendima, who just rekindled their romance.

She sure looked like a proud girlfriend when she cheered him on at one of his basketball games in Philly last month. The 23-year-old sat in the box seats in a baggy black sweatshirt. She was seen enjoying Simmons’ take on the New Orleans Pelicans. The basketball game happened just as the starlet returned home from a busy modeling schedule, which included her walking for major fashion houses such as Versace in Milan.

So, what happened with their relationship? And was their breakup even mutual? The two dated for a year while keeping their relationship low key. Even though Jenner confirmed that she was dating Simmons during her appearance on The Ellen DeGeneres Show, she hasn’t commented on their split.

Sources close to the couple revealed that they are still very much in love and keep in close contact. While their breakup was sudden, it was a mutual decision that both thought it was the right decision. Both Jenner and Simmons are busy with their respected careers, according to Showbiz CheatSheet.

“Ben and Kendall split recently before the Met Gala,” the insider said. “They are still on fine terms and have been in touch. She cares about Ben…it’s been hard for them with the time differences and both of their schedules.”

The super busy model has been a longtime ambassador for Calvin Klein. Jenner’s career with the brand took off when she appeared in the #MyCalvins campaign. In the brand’s “In Bed With” YouTube series, she answered intimate questions while lounging around in lingerie. Questions ranged from to her favorite movies (Bridesmaids and Step Brothers) to her favorite thing to do in bed (Netflix and chill).

The next question was about her “biggest turn on.”

The video showed Jenner hanging out in bed and eating pizza with Travis Bennett aka Yung Taco of Odd Future. But it’s not what you think. The two met through Instagram’s direct messages and have been friends ever since. She had to cut their conversation short when she said she had to get ready for the brand’s holiday party.

What are your thoughts on Kendall Jenner spending New Year’s Eve with Ben Simmons? Do you think that the couple is bound to get back together? Sound off below in the comments section. Don’t forget to check back with TV Shows Ace on the latest news on the Kardashians.