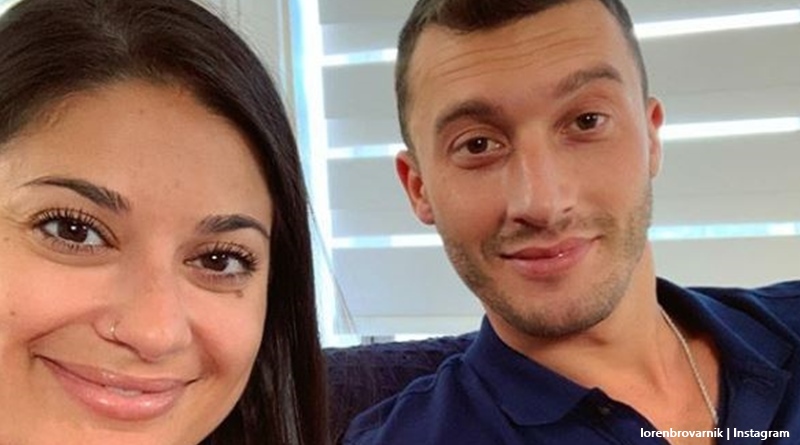 90 Day Fiance fans can recall Loren and Alexie from season 3 of the TLC show. They did okay but, there were some stumbling blocks. The news came out that they expected a baby. But, in November, Loren revealed her pregnancy hasn’t been easy. Now, overjoyed, they revealed the gender of their baby…

What are they having? It’s a BOY!

TV Shows Ace reported in November, that despite being over the moon about their first child, Loren didn’t have an easy pregnancy so far. Very candid and open about her journey to motherhood, she shared all about it on Instagram. She noted, “It has NOT been easy. Morning, day and night sickness. Nonstop nausea and constant migraines. Acne and changes I can’t control.” Plus, she said that she got an allergy to ginger, which didn’t help.

A ginger allergy is unfortunate as ginger is a highly recommended remedy for pregnant-related nausea.

The couple came through their storms on the 90 Day Fiance show and survived to become yet another success story for TLC. Heavy reminds us that Loren got unhappy when Alexei revealed her Tourette’s Syndrome to his mom. But, it all worked out okay and now she’s somewhat of an advocate for the syndrome. Now, the family’s happy enough and even more so as their gender reveal came out.

Lorena and Alexei’s gender real that it’s a boy

It sounds like Loren Brovarnik and Alexei expected a girl. In her happy gender reveal post, Loren shared, “We were a smidge surprised needless to say, but we wouldn’t have it any other way!” She noted that the gender reveal came on their “first [family] pic of 2020.” The special day got crowned with the news of the baby boy. She added, ” BabyBrov is a BOY! And we just can’t wait to meet our son this May!”

Thrilled fans just love good news like this from their favorite 90 Day Fiance stars. One fan said to Loren, “Look at your faces! I love it… Alex looks like he just won the lottery! Congrats! #babyboybrov.”

Another one noted, “Congrats! Being a boy mom is the best. My little guy will be 10 months on the 7th and he’s such a joy.”

Other congrats came in, like this one, “Sweet!! You’ll be great parents. Congratulations.”

Our first [family] pic of 2020 brings us so much joy because today is the day we officially share that BabyBrov is a BOY! 💙 We were a smidge surprised needless to say, but we wouldn’t have it any other way! And we just can’t wait to meet our son this May! 💙 #teambrovarnik #babybrov #May2020 #boymom #letthebalaganbegin #blessed 🧿

Recap of the journey of Loren and Alexei

If you missed their season, here’s a quick recap. Loren went over to Israel on a Birthright trip. She came from New York City and she met Alexei who comes from Nazareth Illit, Israel. Later we saw them on season 1 and season 2 of 90 Day Fiance: Happily Ever After? We saw them move to Florida where her parents lived, so they could save up some cash. The couple married in 2015.

What did you think about the gender reveal by Loren and Alexei? It seems that boys dominate for couples of the TLC show. Sound off your thoughts in the comments below.

Isabel & Jacob Roloff Shares Jackson Pic – Gushes Over The Little Guy
Bode Roloff Cuts Seven Teeth At Once – How Does Audrey Cope?
Who Are The Season 12 ‘Shark Tank’ Sharks & What Are Their Specialties
Emma Johnston Shares The First Man She Ever Loved
‘Below Deck’ Drama: Why Ciara Duggan Is Feuding With Jessica More