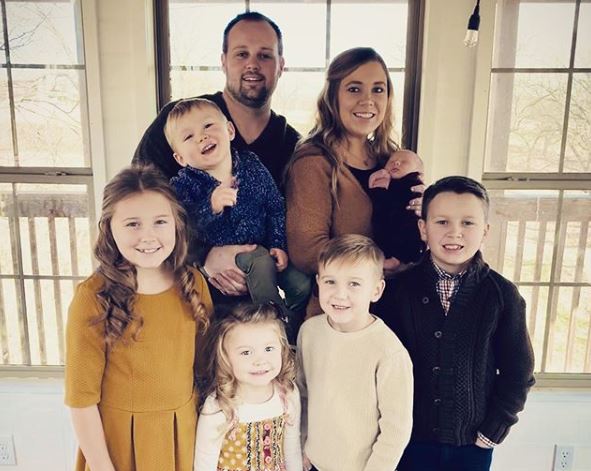 Anna and Josh Duggar look like they had a great holiday, but it was not with his family in Arkansas. Instead, they ended up going to Florida for their Christmas celebration. Cheat Sheet shared the details about what they did for the holidays this year.

Anna and Josh Duggar along with their children went to Florida this week. Josh doesn’t use social networks, but Anna was quick to share pictures on her Instagram page. Of course, there was no snow at all there, so they enjoyed time in the sand. This post was from the 26th, which is the day after Christmas.

Anna and Josh Duggar may have been spending time with her family or just a trip with the kids alone. Regardless, it is good for a marriage to get away. This couple has been through a lot and it looks like Anna is going to stick with him no matter what happens.

So why were they not with the Duggars? Well so far nobody is talking about what is going on so hopefully, it isn’t a big deal.

It has already been noticed by fans that Jill and Derick Dillard were not at Christmas with the Duggars either. Jinger’s sister Jessa even came out to California to see her after Christmas. Jana and the family both posted a lot of pictures of Christmas such as the one you can check out below.

Don’t miss watching Counting On when new episodes return to TLC. As usual, Josh Duggar won’t be seen on the show at all.

Is ‘I Love A Mama’s Boy’ Season 2 Currently Being Filmed?
Josh Duggar’s Lawyer: Molesting His Sisters ‘Not Relevant’ To Charges
‘OutDaughtered’ Season 8 Finale Gets Fans Raving For More
‘When Calls The Heart’ Photos Are Spoilers For Season 8 Finale
Derick Dillard Wishes ‘Counting On’ Ended When Jill Quit