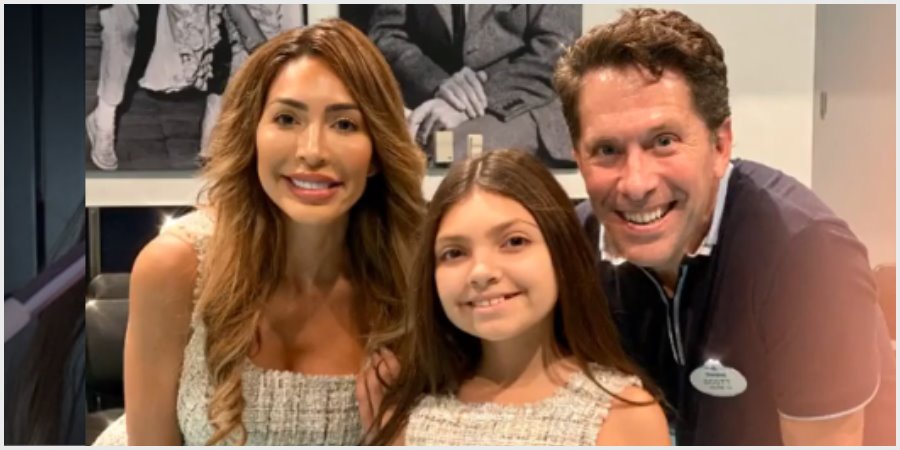 Farrah Abraham formerly of Teen Mom OG is big on posting to Instagram. Her daughter Sophia followed right along in her footsteps with a sizable social media.

On Sophia’s Instagram Farrah appeared as they went to see her father’s grave. Derek passed away from a car accident before Sophia was born. The video starts with the two of them next to his grave with an umbrella on the rain.

Several followers felt the video shared too much. There was also footage of them getting ready to go to the grave. Sophia has flowers and balloons. Farrah has been criticized of how she parents Sophia. One of the main criticisms is the fact she made an Instagram for her when she was quite young and encourages her too be an influencer. Sophia recently read messages and comments from her haters and fans thought that was a lot for a ten-year-old to deal with.

Fans posted both nice and critical comments. One fan said, “so important to keep all the stories about her dad alive you’re a great mom.” Both Sophia and Farrah call him Daddy Derek. One fan mentioned this. They said, “what’s up with this daddy Derek crap ! Just teach her to say dad.”

There were some ready to criticize Farrah Abraham. One said, “had daddy Derek been alive. Farrah would of made his life a living hell.” Others weren’t impressed with such a private moment being so public. One fan said, “this should have been a private moment.. no need for video or cameras.”

Farrah Abraham didn’t share the video on her own Instagram. She did comment on her daughter’s post. She said, “love you Sophia. You’re loved and so proud of you and grateful we get to visit Daddy Derek.” Sophia got a lot of attention both positive and negative for sharing the moment.

Fans also criticized Farrah for not knowing the actual year Derek passed away according to The Blast. She captioned a post “In loving memory of Derek Underwood. Such a blessed day 12/28/2019. For 11 years I’ve been through a broken heart, depression, Bereavement, and keeping strong for Sophia who so deserves the world.” Derek passed away in 2008 but Farrah said it was 2009. Her fans called her out for not knowing the correct year and for doing math incorrectly because if it was 2009 like she thought, it would have been 10 years. Either way both girls are used to criticism.