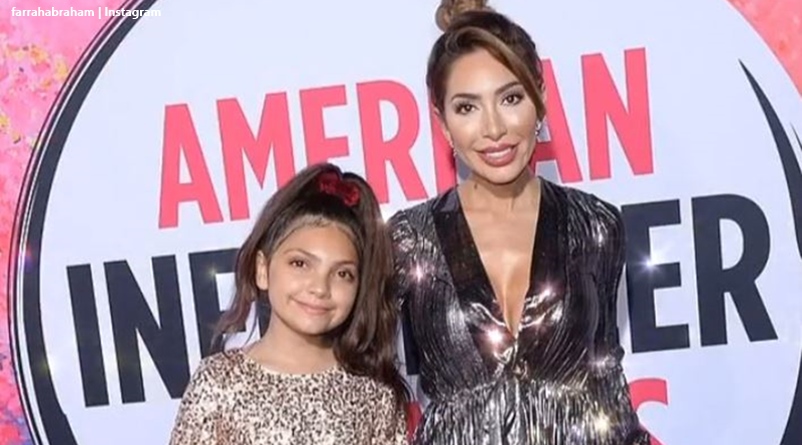 Teen Mom 2 fans remember Farrah Abraham before she went into adult movies. In fact, that’s the reason she left the MTV show. Still active on social media, most fans express concern for her daughter, Sophia. Many others, often males, obviously check her out because they like what she does for an income these days. Although frowned on by most fans, she still tries staying relevant on her social media.

TV Shows Ace reported that in early November, Farrah talked about Jenelle leaving David Eason. Suspicious of her motivations, Farrah wondered if she only left him to get back on the MTV show. She felt that possibly, Jenelle might do anything for a screen career. Well, given what she does for a living these days, that’s a bit rich, some Teen Mom 2 fans thought.

TMZ said, “Farrah…believes Jenelle crawling back to the ‘Teen Mom’ well is a bit desperate, and kinda hacky.” Well, everyone’s got an opinion, and it seems Farrah’s determined to keep her views out there on social media. In fact, it looks like she’s trying rather desperately to remain relevant herself these days.

Farrah and her efforts at remaining relevant on social media

Katie on Without A Crystal Ball on YouTube weighed in with some thoughts about Farrah these days. The Teen Mom 2 alum seems to have “completely embraced the idea of being an influencer,” she noted. And, it’s not some major brand deal behind it. She seemingly mainly works with plastic surgery companies. Farrah does a lot of promotions for them all about every sort of filler and surgery you could imagine. Plus, she pushes a lot on TikTok. There you can see her with her Darcey Silva-type over-filled lips blabbering away about all sorts of things in a strange type of “baby voice.”

Over there she’s got over 100k followers but Without A Crystal Ball notes she’s not getting massive views in comparison to other influencers. The YouTuber also noted that it’s very easy getting views on TikTok and sometimes they number millions. So, it looks like Farrah’s efforts fail a bit over there. But, not stopping there, Farrah does a lot of ASMR videos on her YouTube and on Instagram. These often involve her daughter Sophia. For example, you can watch the Teen Mom 2 alum and Sophia whispering about milk and cookies.

The festive season in Farrah’s world

It’s Christmas, so here’s yet another opportunity for Farrah to get in front of the camera on social media. And, as the YouTuber points out, not everyone does that dressed in really, very skimpy underwear. Katie notes “She’s flirting with Elf on the Shelf in her lingerie.’ Then off to TikTok, she goes once again. It must be quite exhausting being a wanna-be social influencer and Farrah’s trying very hard at that. She’s attending an event as an American influencer.  Farrah says in a post that a social influencer’s a vital thing for the world. She feels she’s putting her life out there online for “the greater good.”

Well, many fans think her lifestyle really should alter for the greater good of the Teen Mom 2 alum’s daughter Sophia. As one fan said on the YouTube comments, “Every friggin thing about Farrah is WEIRD. That kid doesn’t stand a chance.”  Another noted, “Well, she sure influences me on what NOT to do as a mother lol.”

What do you think about Farrah Abraham trying so hard to be relevant as a social media influencer? Sound off your thoughts in the comments below.