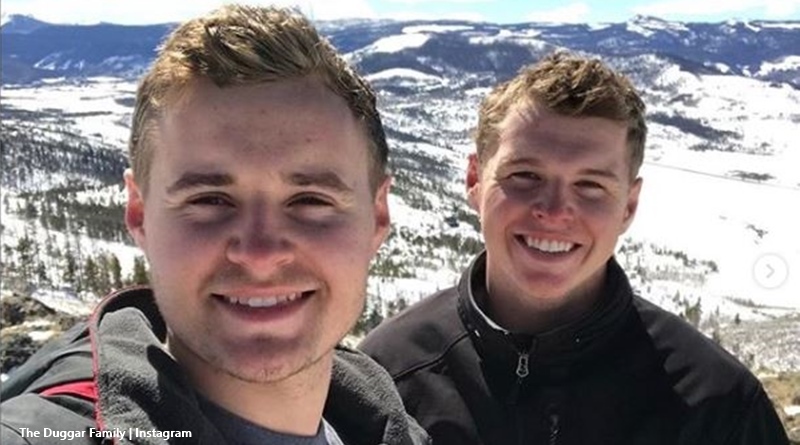 Duggar fans heard that Jedidiah decided on politics for a career at just 20 years old. Now, he and his twin Jeremiah turned 21 years old. In some states, that means they just hit their majority. But in Arkansas, the age of adulthood’s deemed to start at 18 years old or following graduation. However, despite now being socially accepted as grown men, there’s a lot of things they can’t do that other adults enjoy.

Duggar sons Jeremiah and Jedidiah are no longer kids

While fans of TLC’s Counting On and 19 Kids and Counting shows watched the twins grow up together, they chose different career paths. TV Shows Ace reported that Jedidiah announced his “candidacy for Arkansas State Representative District 89 in Springdale,” in  November. But, many people felt that following Jim Bob into politics seemed a bit premature. After all, loyal Duggar fans think the fine upstanding young man could give more to the community by volunteering for the army or something similar.

Time for politics later, many of them felt. But, it looks like he’s set on his career path. Meanwhile, his twin, Jeremiah seems likely to follow the rest of the boys into renovating and flipping houses. In fact, InTouch Weekly predicts he’s probably the next in line to court and marry But, in the meantime, for neither of these adult men, is casual dating likely highlighted on the calendar. While they may be men in the eyes of the world, as far as the Duggar family goes, their personal choices still remain restricted.

Did the boys celebrate their 21st birthday with an alcoholic drink?

The two young men celebrating their special birthday with alcohol probably never happened. Actually, that sort of thing won’t get the nod from Michelle and Jim Bob Duggar. Perhaps a hug and kiss from some special girl went their way? Not likely, given the family’s strict rules on touching girls, or being along with them. Perhaps Jana sat down with each of her younger twin birthers and discussed their future? Not likely again, as it looks like boys and girls in the family don’t get alone time together.

Actually, given the history of disgraced Josh, that’s not such a bad idea. Or, what about a special trip overseas? Two brothers on the verge of a new life exploring the world together? Again, InTouch points out the likelihood’s not good. After all, “Jed and Jer probably can’t travel anywhere exciting alone. What if either of them ends up in a hostel with a woman?” Maybe the twins celebrated their birthday with a night out dancing and partying, even alcohol-free? Nope again. Jill Duggar says dancing’s frowned upon as it may “stir desires.”

What do you think about the twins Jeremiah and Jedidiah turning 21 years old but still living under their parents’ restrictions? Sound off your thoughts in the comments below.