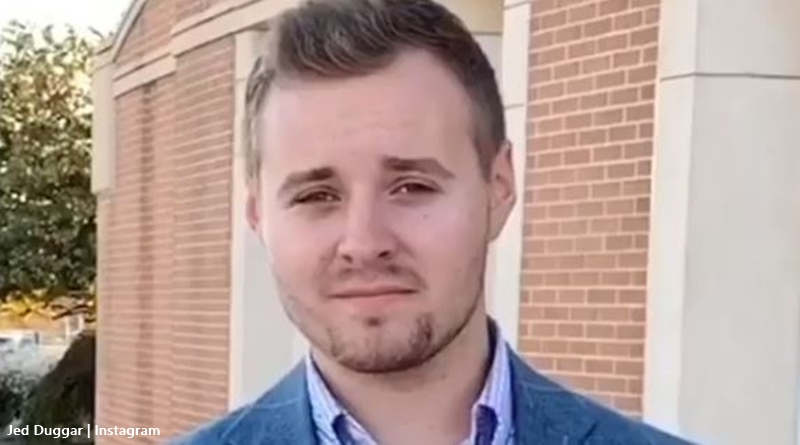 Counting On fans heard that Jedidiah Duggar plans a career in politics. TV Shows Ace reported, that he announced his “candidacy for Arkansas State Representative District 89 in Springdale.” Although he’s only 20 years old, he sounds determined. But, fans urged him to rather drop politics and enter the military instead.

Cheatsheet reminded fans that Jed’s not alone in entering the field of politics. They noted that “Jim Bob served as a member of the Republican party on the Arkansas House of Representatives from 1999 to 2002, and he ran for the senate after that.” The announcement by Jed about becoming a politician came via his brand new Instagram. In his post, he said, “I’m announcing my candidacy for Arkansas State Representative District 89 in Springdale. I’d appreciate your prayers, support, and your vote!”

Jed reminded his Counting On followers that he’s “Conservative. Pro-Life. Pro-Second Amendment. Pro Religious Liberty. 🇺🇸 Combat the Opioid Crisis. Lower Taxes. More Jobs & Growth. Strong Economy.” Next, he told his followers that they should remember election day in 2020. Then, he invited them to “visit my website at jedduggar.com to learn more and keep up with the campaign!” A number of fans and family congratulated him on his decision.

As part of his new political campaign, Jed’s presumably getting out and shaking hands, meeting people, and spreading his message. But, one of those recent visits might have been just a regular thing. However, we don’t doubt he took his political message there as well. Jed shared that he met with “veterans every week through our church’s veterans outreach.”

Jed Duggar loves meeting with them. he noted in his caption, “It’s been a huge blessing getting to spend time with these veterans.” He then added, “Such amazing lives! I love hearing the stories they share and singing their favorite songs and hymns with them. So grateful for their service to our country and the many lessons they have taught me personally!” Well, some Counting On fans felt he should consider following in their military footsteps. Those fans feel the military’s a better option than politics for such a young man.

Counting On fans who read the post about the veterans suggested Jed rethink his career path, at least for the time being. Here’s what some of them said about it:

It’s been a huge blessing getting to spend time with these veterans every week through our church’s veterans outreach. Such amazing lives! I love hearing the stories they share, and singing their favorite songs and hymns with them. So grateful for their service to our country and the many lessons they have taught me personally! . . #veteransdayweekend #heroes

Well, Jedidiah Duggar never responded to those suggestions, so probably he won’t consider a career change and join the military. What do you think? Do you think a stint in the military could only help his political career later? Sound off your thoughts in the comments below.