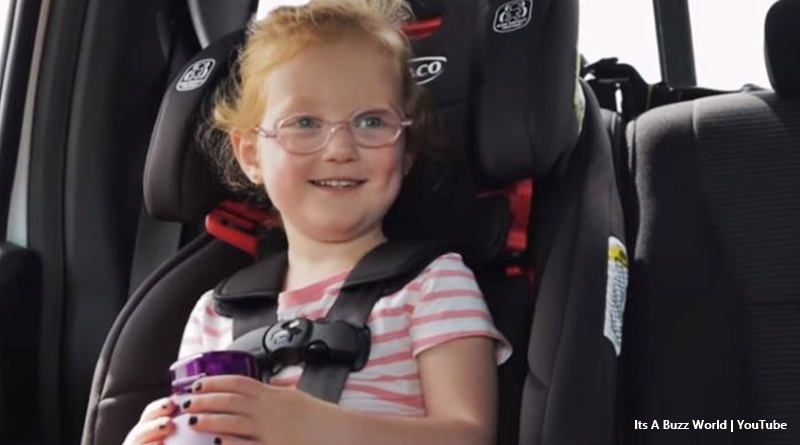 OutDaughtered fans heard that the Busby family set off on their “longest road trip as a family of 8.” Danielle shared about their journey, and they got clear across Texas to Oklahoma. The next day, Adam Busby took to his Instagram to share something considered quaint and rather oldfashioned But, it certainly looked like a lot of fun.

When Danielle described their “longest road trip as a family of 8,” TV Shows Ace reported that she mentioned loads of “potty” stops. But they arrived in Oklahoma despite all the stops. And, she mentioned that they actually left Texas later than expected. But, it all went well, and they celebrated at the state border by posing under the big Oklahoma sign. The cute pic showed Danielle dressed for travel in her comfortable socks and sandals. And, the kids looked in high spirits.

We’re not sure where they overnighted, and we don’t yet know if they plan to keep on driving. But, Adam took the time to share a post the next morning. It looks like they stopped over somewhere that might be on a farm. Adam and Danielle picked up plenty of criticism for their parenting choices over the years. The Nicky Swift blog reports that almost every decision the OutDaughtered parents make gets scrutinized by people who think they know how to be better parents. But, this time, no criticism came, despite fans thinking their fun time looked a bit quaint and old-fashioned.

On his Instagram post, Adam showed some old-fashioned fun. The OutDaughtered dad noted that the girls went to the hen house to collect “eggs for breakfast” and help feed the chickens. Or, in their case, they rather petted the chickens. How wonderful, fans thought, for the girls to actually find out where eggs come from, and then enjoy eating them for breakfast.

Some people commented about how “old-fashioned” and “quaint” the activity seemed. But, it certainly won their approval. One follower said, “oh what fun how old fashion[ed]!!! How awesome is that… making memories… 😀🙏👏 god bless.” Another fan said, “omg and enough chickens for all the girls 🤣.” And, other OutDaughtered fans noted that Riley’s right in there loving those hens. Many of them commented about “fearless Riley” being “front and center.”

Collecting eggs for breakfast and feeding(petting) the chickens. #outdaughtered #itsabuzzworld

All the quints want for Christmas next year might be chickens

It might sound a bit funny, but those fans of the TLC show who know chickens think the animals are great fun. Many fans speculated that no doubt, the quints will want their own chickens one day. Maybe for Christmas next year? One fan noted, “I see chickens in your future Buzz. 🐔.” Meanwhile, another OutDaughtered follower said, “Nice! Can we see a video of them getting the eggs?” Hopefully, Adam’s busy filming everything on the Busby road trip. Fans can only hope that soon, he shares their adventures which look full of good old-fashioned fun.

What did you think about the quints all visiting the hen house to collect their breakfast eggs? Do you think that sounds like a fun way to start the day? Sound off your thoughts in the comments below.