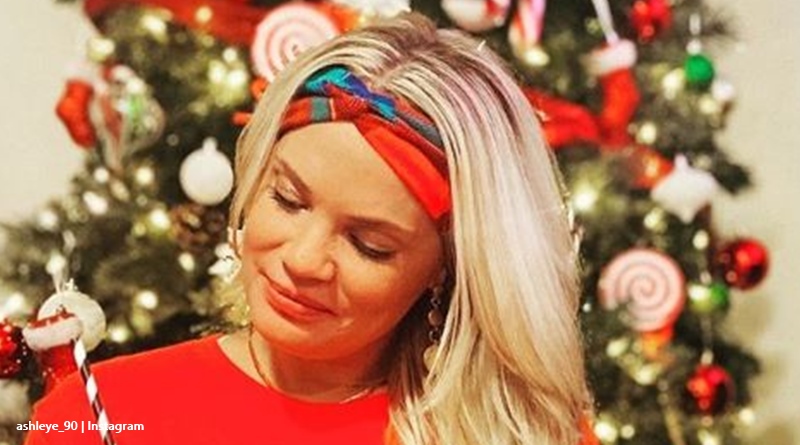 90 Day Fiance alum Ashley Martson revisited her bust-ups with Jay Smith. Fans know all about their on-again-off-again relationship. And, many of them felt she messed up her life. But, in her Instagram post on Sunday, Ashley used her experience to try and motivate others. Not just a long sob-story, she’s determined to change the way things go next year. And, some fellow castmates supported her very nicely.

TV Shows Ace noted that after months of multiple divorce filings and on-again-off-again bust-ups, Ashley finally made up her mind. She urged Jay Smith to sign the papers for their divorce. And at last, he complied. The news came in November. While it might sound like old news to fans of the TLC show, obviously, Ashley still feels very strongly for Jay. But for Jay, he certainly seems intent on his new life. We noted, “he’s…having a high old time down in Las Vegas.”

Did Ashley move on completely? It seems not if fans go by something that E!News wrote. The outlet noted that in her post on Instagram about New Years, she said that she still “loves Jay.” They noted that “she recalled things being cordial between her and Smith at her birthday bash.” The outlet continued with: “she explained that her emotions poured out after she left [for]her hotel that night.”

In her very long post, Ashley walked her fans through a torrid time when she realized she “failed.” She said, in part, “The tears came pouring out. It was the moment I knew… I knew I failed. I failed my marriage, myself, my children.” Actually, in her photo that she shared, she really looks in emotional overload meltdown. Not a pretty, sight, at least she used her emotions to encourage her fans.

The 90 Day Fiance alum told her fans, “I just want men and women to both know it’s okay to not be okay.” Next, she went on to explain how she’s not “blaming” Jay, and won’t return to the conversation again. But, she wants her experience to be something her fans can use. And, she decided that 2020 won’t be such a negative year for her. Determined on that, she posted, “It’s about to be a new year and I’m ready to start a new chapter and not look back.”

Many fans hate on Ashley and Jay for perceived deceptions during 90 Day Fiance and Happily Ever After? But, it looks like castmates don’t hate on her. In fact, they all know how it feels when people troll on them. Ever-supportive David Toborowsky said, “Here is to better 2020. Let’s look at the year with foresight and not hindsight. Better days are yet to come 😊😊😊😍😍😍❤️❤️❤️.” Meanwhile, newcomer, Tom Brooks noted, “2020 will be a great year for you … 💯❤️.”

Larissa Lima also offered Ashey good tidings. She commented, “Wishing a better year for us baby girl, Stay strong.” And, Leida, often attacked by trolls, also chipped in for Ashley. She wrote, “We’re always be here for you if you need anything… Merry Christmas and Happy New Year 💕💕💕🙏🏻(sic)”

What do you think about Ashley Martson using her bad experiences to make certain 2020 is a much better year? Are you happy that her cast-members support her? Sound off your thoughts in the comments below.