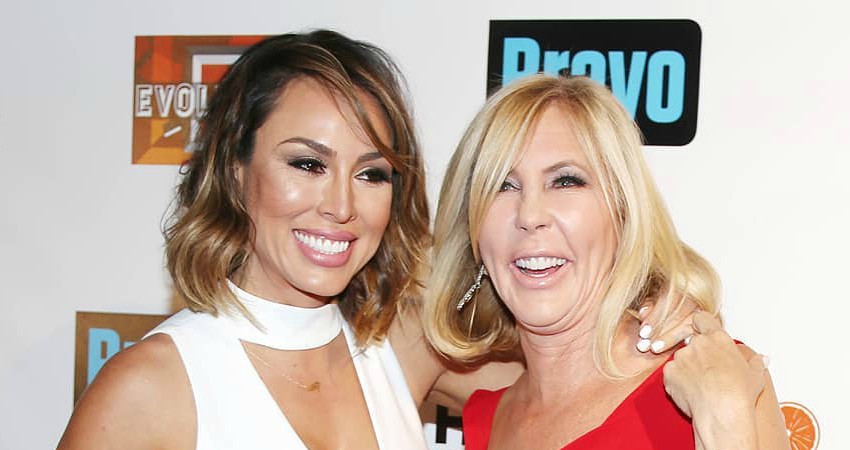 The Real Housewives of Orange County fans have seen Vicki Gunvalson and Kelly Dodd at odds since Season 13. The two were close friends until Vicki broke ‘girl code,’ according to Kelly. The feud began when Vicki set Kelly’s ex up with one of their mutual friends.

The insults have been fast, furious and extremely personal.

Vicki threw some shocking allegations on the table during The Real Housewives of Orange County’s Season 13 reunion. Seemingly out of nowhere, Vicki accused Kelly of doing cocaine. During a heated exchange, Vicki says, “I don’t do cocaine, sorry.” Kelly immediately retorted that she doesn’t either, but Vicki’s implication was clear. The OG of the OC went on to say that Kelly doesn’t spend ‘a lot’ of time with daughter Jolie.

At that point, all of the other ladies spoke up and said bringing children into it went too far. Vicki sort of apologized by saying Kelly said a lot of mean things, too. At the start of Season 14, Kelly slammed Vicki’s facelift.

According to Kelly, the frenemies had better luck burying the hatchet at the upcoming Season 14 reunion.

Kelly Says She Doesn’t Hold a Grudge: ‘I wish Vicki the Best’

In early November, Vicki had enough of her RHOC co-star badmouthing her. The Bravo star filed a lawsuit suing the brunette bombshell for defamation. TV Shows Ace reports the issues stem from an exchange between the two that happened during the upcoming reunion episode.

Vicki ultimately dropped the suit. Now Kelly tells Entertainment Tonight that a truce was declared between the former friends.

I mean, I wish the best for Vicki. I don’t want to hold onto grudges with her, but I wish Vicki the best, I really do.”

On the other hand, Kelly’s feud with co-star Tamra Judge is still alive and well. Kelly often takes to Twitter to air her grievances about how she is ganged up by the trio of Tamra, Vicki and Shannon Beador.

The future Mrs. Rick Leventha recently retweeted a welcome message she wrote back in October. It says, “In case you’re new here. Tamra plays both sides and keeps both parties at odds while stirring the pot (on and off camera) in order to keep the heat off herself”

In case you’re new here. Tamra plays both sides and keeps both parties at odds while stirring the pot (on and off camera) in order to keep the heat off herself #RHOC

RHOC‘s Tamra and Vicki may be close friends again, as demonstrated by their dinner date a few days ago.

However, Tamra low-key shaded Vicki in a recent interview. As reported by Reality Blurb, Tamra reveals what Vicki did this season that surprised her the most. And no, it wasn’t any of Vicki’s attacks on Kelly.

The RHOC star said she was most surprised that Vicki’s engagement happened off-camera. According to the star, she was expecting Vicki to go all-out after 14 years of documenting every step of her life on the show.

Tune in to the Season 14 reunion airing December 17 to find out what Kelly said about Vicki that sparked a lawsuit. In the meantime, The Real Housewives of Orange County has two episodes left leading up to the reunion. The show airs Tuesday nights on Bravo.