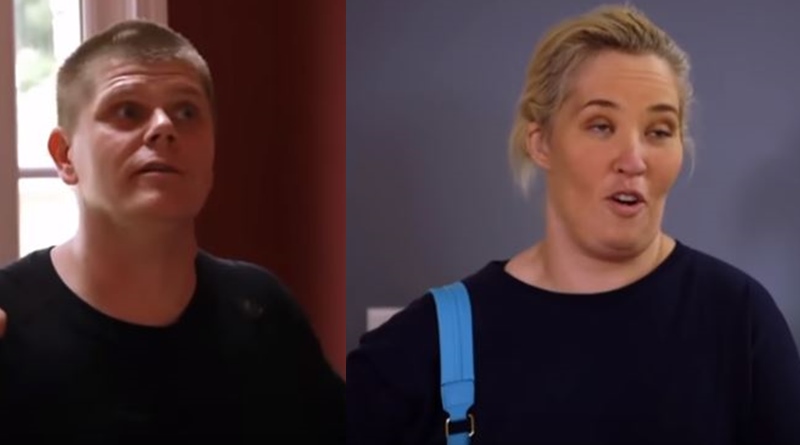 Mama June and Geno Doak sold her home and hit the road in an RV. But, towards the end of the year, reports came they spent a lot of time living in hotels. June, seemly estranged from her daughter’s Pumpkin and Alana, roves around Georgia from casino to casino. And, news emerges that they allegedly trashed one hotel room in a dispute.

TV Shows Ace reported that Lauren (Pumpkin) hinted that the estrangement from June’s very real. After Christmas, when she shared a cute video of her daughter Ella Grace, fans asked about June. It seems she has no idea what her mom’s up to. In fact, Pumpkin said that if any fans know where she is and what she’s up to, to let her know. Short and sad, it seemingly confirmed there’s little or no TV drama-hype to this tragic story.

Now, TMZ, hot on the heels of Mama June and Geno’s lifestyle these days, reported more about June. Several times now, they reported that June got seen looking scruffy, at various casinos. On Black Friday, she didn’t go shopping with her daughters. But, someone spotted her drawing cash. Soon after that, the outlet produced pics of her and Geno in yet another casino. And now it emerges that they allegedly “trashed” a hotel room during a fight.

Room damaged in what looks like a domestic dispute

TMZ managed to produce some photos of a hotel room. Apparently, June and Geno stayed there some months ago. The outlet names the place as FairBridge Inn & Suites. In their photos, there’s a smashed mirror or picture frame on the wall. Allegedly, the TV got broken as well. All around lies trash, bits and pieces, and personal items. According to their source, the damage and clean up amounted to about “$1,000.00.” Also, some $20 bills lay shredded and ripped.

The police came to the scene, but apparently no “charges” were pressed. Trying to establish more about what went down with Mama June, TMZ noted hotel management can’t tell them anymore. It seems the hotel’s now “under new management.” While the outlet says they “reached out” to June, it’s not likely she’ll respond to them. These days, June seems determined to stay off the radar and live her life just the way she pleases.

In the last season of the show, we saw Alana (Honey Boo Boo) break down and cry over her mom. Just 14-years-old, this must be a very difficult time for the young girl. After all, it looks like her mom refused to give up Geno for her daughter’s stable home-life. Nevertheless, she puts on a brave face on her social media.

What do you think about the news that allegedly June and Geno “trashed” their hotel room? It looks like some sort of domestic dispute went down. When will this end, you might wonder? Well, some fans actually hope her pending federal drug charges land her behind bars. There, maybe she’ll get the help she so obviously needs. Sound off your thoughts in the comments below.