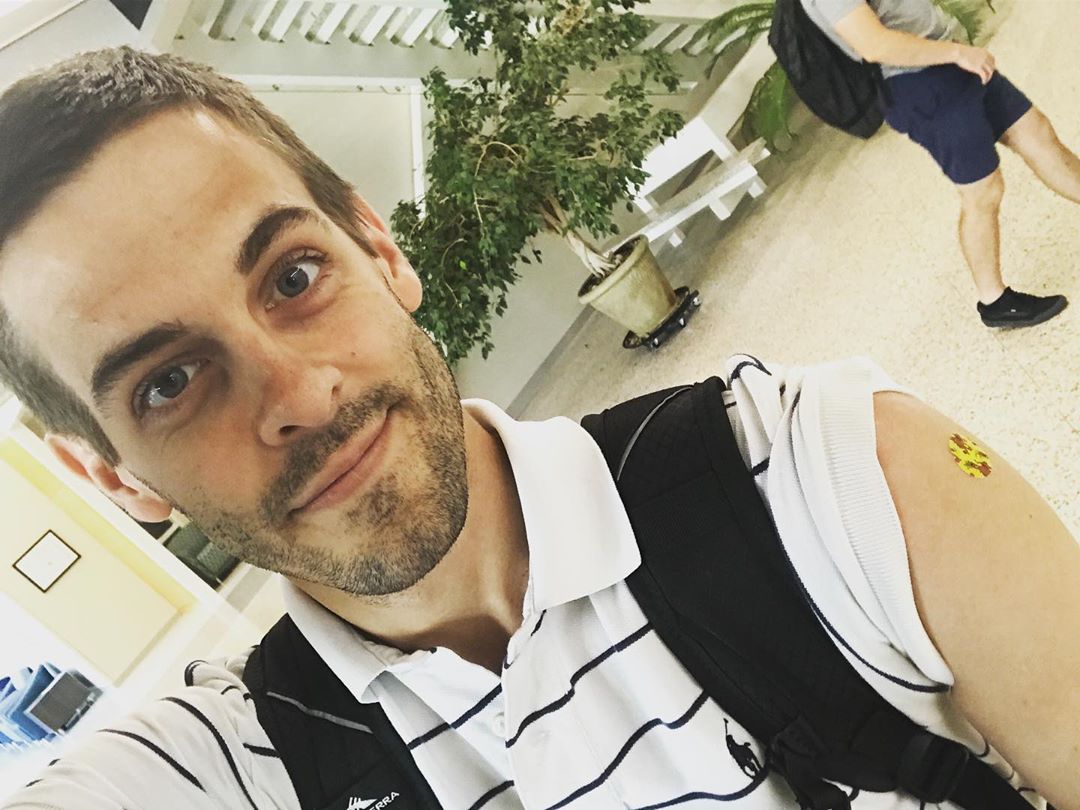 If you don’t follow Derick Dillard on Instagram, you should. The TV personality has spent the last 48 hours spilling major, juicy tea all over the comments of his most recent post.

It appears as if Derick started spilling the tea roughly 48 hours ago after an Instagram user questioned why Jill never seemed to spend time at her parents house anymore.

“Does Jill and Derrick go to her parents house. I see so many pics of Duggar family but they aren’t never in the pics.” The Instagram user penned.

As we’ve previously reported, Derick initially hinted it had something to do with TLC and Counting On. We they barred from the property because of the show?

Initially, many of his followers took issue with his response because it didn’t appear to have much to do with the question. In fact, a few called Derick out and noted the original poster didn’t mention the TV show. They just wanted to know if Jill spent any time with her family.

Derick Dillard also clarified that he and Jill have had no contact with TLC. While they have made a few brief appearances for special occasions such as weddings or births, they do not know anything about any contracts, gag orders, or NDAs.

He added that he and Jill have “no hard feelings” he is just able to open up more because they know more about things surrounding the show and the family that they didn’t know before.

“I haven’t trash talked, just answered questions that others should know about us, so they’re no longer deceived like we were.”

“Yes, but it’s just harder now because we’re not allowed at the house when JB isn’t there. Jill even had to ask JB permission to go over to the house to help her sister when she was in labor because her sister wanted her help, but jill couldn’t provide the assistance until we got it cleared with JB.” He explained.

Derick Dillard noted that Jim Bob is the only one that has been under contract with TLC. He explained that everyone else was made out to believe the network wasn’t paying anyone for the show.

“Why would anyone do it if they aren’t getting compensated? With the kids having families wouldn’t it help with the expenses of life.” One Instagram user responded.

He responded to the comment above: “we were pressured to think that we were required to and that we would get sued if we didn’t. It’s not going to look good for TLC when it’s exposed that they pressured an abuse victim to continue filming when we tried to quit, just so they could continue with Jill & Jessa: Counting On after 19K&C.”

In response to his Instagram activity, many fans demand a tell-all book with the details.

Many fans of the Duggar family have taken to the comments. They tried to beg Derick Dillard to consider writing a Tell-All book. A book with all the juicy details. This Counting On fans have insisted the book would be a huge success. And, he probably wouldn’t have to work anymore. One fan noted they wanted to get the entire story. Instead of just reading “cryptic messages” about the situation on social media.

What do you think about everything Derick Dillard has had to say on Instagram? Do you think what he’s saying is true? Do you think Jim Bob was controlling all of the money from the shows and lying to everyone about it? Sound off in the comments down below.