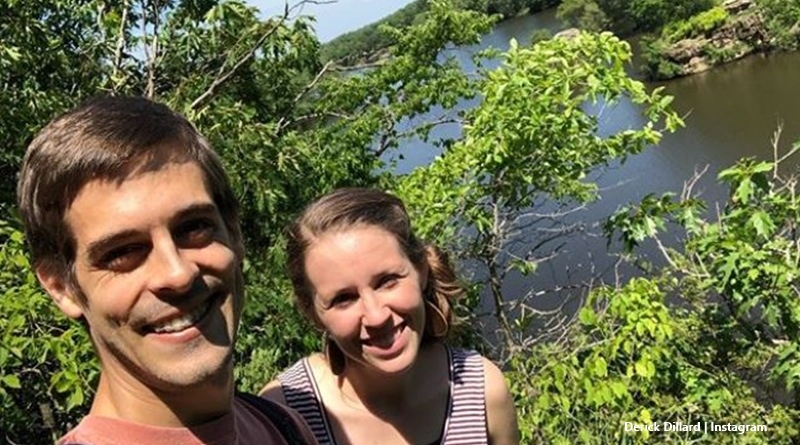 Duggar fans know that Jill and Derick Dillard don’t appear on Counting On. Well, we saw Jill briefly recently in one episode, but she’s no longer a regular. Derick’s off it for sure. And, fans wonder if this caused some estrangement between Jill and her parents. She seems okay with some of her sisters, but they missed Thanksgiving and now Christmas with the Duggar clan.  Now, Derick dropped a hint as to why they didn’t spend Christmas over at the big house.

Usually, the enormous family gets together for a big Christmas. They still do so, but as the kids grow older and marry, they sometimes spend time with the family of their spouses. So, we don’t always see the entire family gather. At one stage, fans speculated that Jill missed more events, so it could be that she and her sisters had an issue. But, that seemed not the case, we reported. This year, Jill and Derek remained in Arkansas. So, fans wondered what went on. In fact, the Dillard’s spent Christmas with their own friends.

Jessa Seewald shared a video on YouTube about the Duggar family gathering this year. In it, we saw the kids all excited about going over to Jim Bob’s place for the day. We saw Michelle leading them in the story of Christmas and reminding everyone about the reason “Jesus was born.” They celebrate the holiday as the birthday of Christ. But, fans quickly noticed Jill and Derick’s absence.

CafeMom reported that it’s possible a real feud exists between the Duggar patriarch and Jill and Derick. They noted that after it became apparent that “they spent yet another holiday apart.” Well, curious fans decided to just ask Derick about it. He shared a photo on Instagram on the day after Christmas. It showed them standing in front of their Christmas tree.

One fan asked, “Does Jill and Derrick go to her parents house? I see so many pics of Duggar family but they aren’t never in the pics.” Derick hinted then, that reason might be because of the TV Show. He used the name 19 Kids and Counting, later clarifying it’s the same show but just the name got changed. In reply to the question, Derick wrote, “we’re not on 19 kids and counting anymore.”

Fans wonder why Josh gets edited out of family gatherings, but Jill and Derick stay away

Fans know that Josh no longer features on the TV show either. But, he often attends Duggar family events. So, Katie on YouTube’s Without a Crystal Ball speculated on that. Plus, she noted that filming stops sometimes. Certainly, Jessa’s video showed no signs of any camera crew around on Christmas Day. She also noted how very sad it is, that maybe, because the couple can’t contribute to the show, that they seem out of favor with the Duggars.

What do you think? Do you think Jill and Derick miss big family events like Christmas because they feud with Jim Bob? Or is it just a hassle to edit yet another couple out of Counting On scenes? Sound off your thoughts in the comments below.