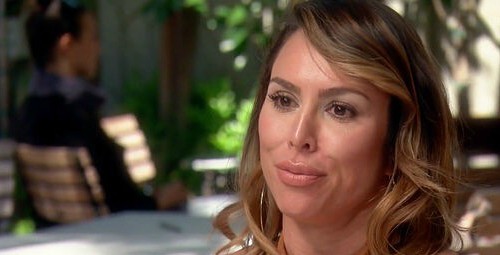 The Real Housewives of Orange County fans witnessed a shocking body transformation when Shannon Beador lost 40 pounds between seasons. Now co-star Kelly Dodd is calling Shannon out for not being truthful about how she lost the weight.

During Season 14’s reunion, Kelly alleged that Shannon had plastic surgery to lose weight. Shannon admitted that she had a medical procedure, but insists it wasn’t liposuction.

The topic came up during the reunion when Shannon defended herself against constant claims that she was a drunk. One issue in Shannon and Kelly’s friendship was Kelly spreading rumors about Shannon having a drinking problem.

People magazine reports that the rumors have dogged Shannon for two years now.

When I was going through my divorce, there were eight or nine times where I got so blackout drunk and one night I lost my phone and I only remembered [Kelly’s] number by heart,” Beador said. “And I was hammered and I had my kids call her and I was crying. I was a mess! When you put that out in the universe, someone thinks that that recently happened. It happened two years ago!”

Shannon went on to say that a drunk wouldn’t be able to lose 40 pounds and that’s when Kelly pounced.

When Shannon was discussion her weight loss, Kelly implored her to tell the truth. According to Kelly, her ex-boyfriend performed liposuction to help Shannon lose weight.

However, Shannon immediately denied it. She did amid to undergoing a procedure called “BodyTite.”

“I didn’t get liposuction, I got BodyTite.”

Dr. Reagan’s website describes the procedure as the non-invasive tightening of the skin.

Kelly double-downed on her statement on Twitter. She wrote that Dr. Reagan didn’t tell her about the surgery. Kelly claims that she went with Shannon to the appointment procedure.

0 trouble … seeing as he’s not the one who told me… Shannon did & I went with her when she had the procedure lol 🤷🏻‍♀️ #rhoc https://t.co/UBcdhEIVrJ

Kelly found herself in hot water with RHOC fans recently. However, Kelly quickly placed the blame on her brother.

A tweet about people who get engaged without setting a wedding date caught the ire of fans. The caption read:  “My brother Eric sent this to me.”

The message her brother sent said: “If a man gives you an ‘engagement ring’ with no ‘wedding date’ you’re not engaged you’re on ‘lay away.”

My brother Eric sent this to me .. Thanks Eric .. not sure of my wedding date .. it’s coming up 2 fast. pic.twitter.com/vtsVBwhaUr

Kelly wrote in the caption that she didn’t know her own wedding date because it’s coming up too quickly. However, the tweet included a pig emoji, which caused fans to think Kelly’s tweet was about Vicki Gunavalson’s engagement to Steve Lodge.

The term “pig” has been used against Vicki for years on RHOC. Slade Smiley, the fiancé of former RHOC star Gretchen Rossi, used to call Vicki Miss Piggy often.

Even Kelly has a history of referring to Vicki as a pig after learning that her co-star set up a blind date between a mutual friend and Kelly’s ex-husband.

Kelly was quick to assure fans that her post was about her engagement, not Vicki’s. She wrote, “My last tweet is not about Vicki it’s about me .. you just gotta love brothers !! He was teasing me.”

My last tweet is not about Vicki it’s about me .. you just gotta love brothers !! He was teasing me .

However, many fans had a hard time buying Kelly’s excuse.

During the first part of the reunion, Kelly accused Tamra Judge of using the coupon site Groupon to promote her Cut Fitness gym. Tamra immediately denied ever offering discounts.

However, Groupon soon took to Twitter with receipts. In high level trolling, Groupon posted a screenshot of the Cut Fitness coupon from five years ago.

Tamra admitted to using the site and thanked them for the publicity. Kelly’s comeback had fans and TV Shows Ace laughing for days. She asked Tamra if backpedaling is a fitness class offered at Cut Fitness. Tamra responded by threatening to sue Kelly.

Their feud continues on the final part of The Real Housewives of Orange County Season 14 reunion on Thursday, December 26, on Bravo.