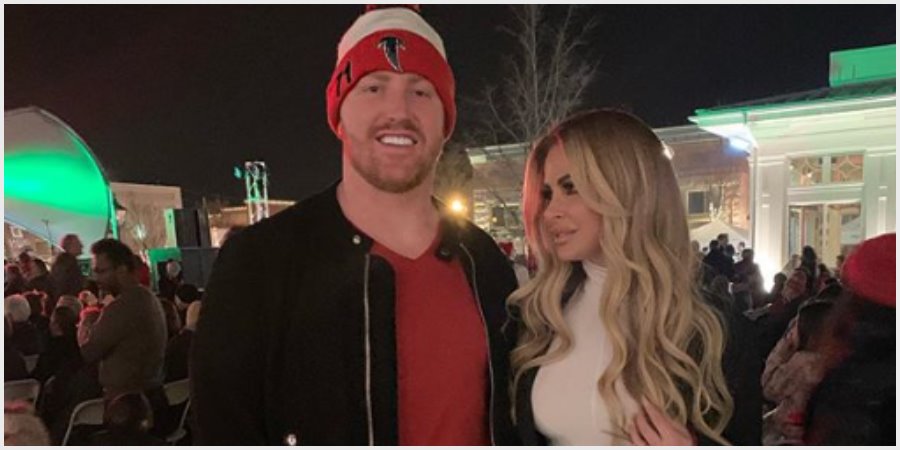 As they are known to do, the stars of Don’t Be Tardy, Kim Zolciak and Brielle Biermann have gone on social media to express their displeasure with something. This time it wasn’t a fast food restaurant or flight line. This time it was a person they were complaining about, Kenya Moore from RHOA.

The mother-daughter duo threw shade after Kenya almost ruined her co-star Cynthia Baileys surprise engagement. Obviously being an alumni of the show Kim and her daughter are viewers as well. Tweets from celebrities are always going to carry more weight then the normal fans posting about her.

What Did Kim Zolciak And Brielle Biermann Say?

After the last episode of RHOA the reality stars were angry with Kenya. Moore got a tip the engagement was happening from Kandi. Mike Hill planned to surprise Cynthia at the Bailey Wine Cellar Event according to Reality Blurb.

Brielle Biermann tweeted, “why would Kenya ruin someone’s day like that!? E V I L.I’VE BEEN TRYNA TELL YALL.” Kim Zolciak tweeted the same night, “always said she was evil.” Kim Zolciak has guest starred on some episodes of RHOA and didnt get along with Kenya then either. According to Reality Blurb the two were at each other’s throat the whole time. Though it’s not clear why the two started fighting, some of their arguments were in front of the camera.

This Isn’t The First Time She Said Kenya Was Evil

Kim and Kenya have exchanged heated words during fights on camera before. The first one of note being when Kenya’s first season aired and Kim left the show. Kim came back for a housewarming party for Chateau Sheree. She got onto Kenya for going into the unfinished basement. At that point Kenya told Kim she looked like a duck because of her lips.

Next they got in a fight at NeNe Leakes white party where they all dressed in white. At that time Kim questioned Kenya’s relationship. Kenya accused Kim Zolciak of pimping her daughter Brielle out for John Legend tickets. In a seperate interview Kim said, “there are some people that are just evil and I believe she’s one.” According to Reality Tea, Andy Cohen told Kim she brought nothing positive to the show and Kim said racism wasn’t real. When asked if she would sit with Kenya for a conversation she said she wouldn’t. There’s probably not a lot of hope the two will be friends ever again, but fans love a good enemies to friends storyline and vice versa.