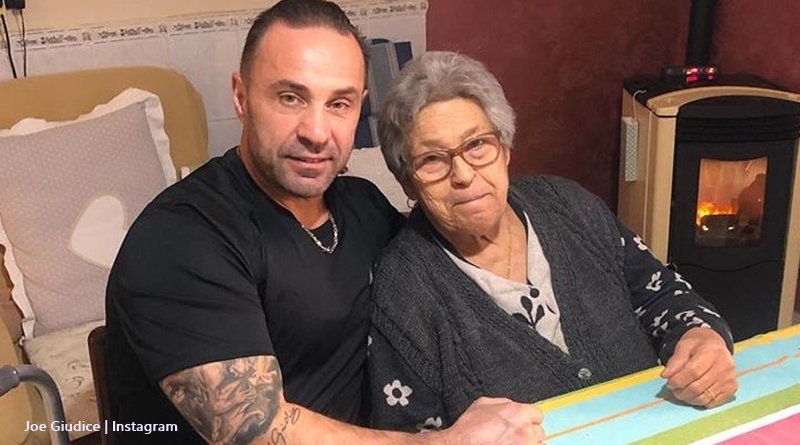 RHONJ rumors that Joe Giudice and Teresa split permanently roam around the Internet at the moment. They already suffered separation after Joe served time behind bars for wire fraud. Now deported to Italy, Teresa struggles with the concept of a long-distance relationship. Meanwhile, in Italy, Joe seems determined to live the best life he can. In prison, he lost a lot of weight, and he goes all out to keep it that way.

TV Shows Ace noted that Teresa really struggles with the idea of a long-distance relationship. No way she’s moving to Italy, and Joe’s got only one more appeal against his deportation. Not likely to succeed, it looked like Joe decided on a philosophical attitude to his separation from Teresa. We noted his Instagram post. There he mentioned, “forgiveness, and also [talked] about letting go of the past. And, right now, the biggest issues the [Bravo stars from Real Housewives of New Jersey]  have, is that their past looks alarmingly like permanent history.”

Fans took it that the marriage will end soon. Meanwhile, Joe seems fine in the company of family and relatives. He’s not moping around and enjoys the food. He lost a lot of weight in detention. So, focusing on keeping his weight down and getting fit seems a top priority. Fans agree that prison did a lot for his health. US Weekly reported that an expert estimated the RHONJ star lost at least “70 pounds!”

The best pizza 🍕 that I ever had

Joe’s working on his fitness and weight

Lately, Joe shares a lot about life in Italy on his Instagram. While many of those pics show him enjoying delicious Italian cuisine, others show him working out hard. Plus, he’s training as a boxer. Cheatsheet noted on a post where he said, “1st day in the ring felt good getting trained.” Well, all that delicious food takes some burning off. Mind you, he’s into Italian pasta which some fighters and weightlifters enjoy eating to maintain their physique.

Livestrong notes, “eating pasta after a workout or as a part of a bodybuilding diet may contribute to muscle growth, as long as you’re putting in the work at the gym too.” A few days ago though, the RHONJ star shared a video of him working out with punching bags. He said, “starting to gain weight here.” Joe added, “ain’t good.” One fan said, “It’s all that good Italian food but you still look good ” Well, Joe seems intent on keeping it that way.

What do you think about Joe Giudice worrying about his weight in Italy? Do you think he looks really good in his new life over there? Sound off your thoughts in the comments below.