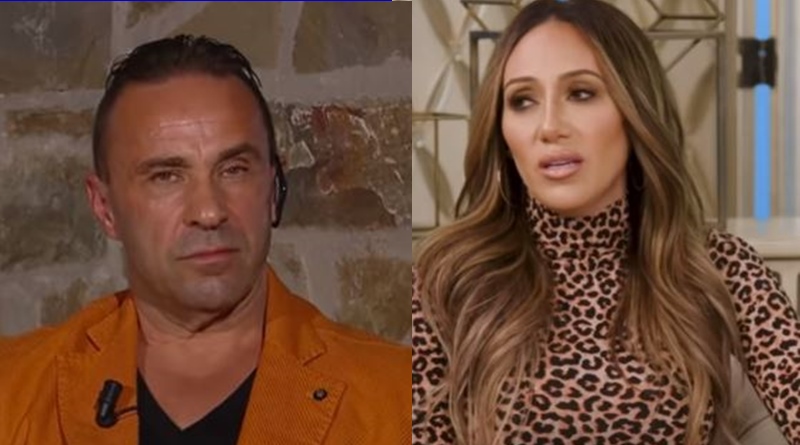 RHONJ on Bravo brought us Teresa Giudice sounding really unhappy as Joe’s second deportation appeal failed. Possibly, she’s more concerned about the kids not having a dad in the USA, than their relationship. After all, ages back, she said they’d split and end their marriage if he got deported to Italy. Now, Joe Giudice got all philosophical on his Instagram, about just living life. Is this a sign that he and Teresa might be over as a couple?”

Fans know that Joe Giudice lives in Italy. He’s got loads of relatives there and seems happy as he slots into his new life. He lost a lot of weight in prison, and his good health is obvious. Joe managed to spend time with Teresa in November, and he’ll see the kids over the Christmas season. But, a long-term, long-distance relationship could go very hard on both of them if his final appeal is turned down. TV Shows Ace reported that the chances of winning his third appeal come with very low odds.

While Teresa on RHONJ sounds distraught and seems determined to use up whatever money she can to fight his deportation to the very end, is it about her and Joe? We noted that she said, “I want him to come home…We have four daughters together. I didn’t sign up to do this alone… I’m scared.” That sounds like she doesn’t want to finish raising her kids by herself, rather than desperately wanting a full-time relationship with Joe again.

Joe posts his philosophical message about life on Instagram

US Weekly reported a source said that she really does want Joe in her life. Allegedly, after she saw Joe in November, Teresa “has been really happy and in a good place since she got back.” Apparently, they get quite “flirty” with each other online. But, the message that Joe Giudice shared, while about forgiveness, also talks about letting go of the past. And, right now, the biggest issues the RHONJ stars have, is that their past looks alarmingly like permanent history.

We know Teresa said plenty of times she plans no relocation to Italy. If he can’t return to the USA, seeing each other once in a while seems a bit unfair on both of them. After all, plenty of people raise their kids and live separate lives. And, we also know that in the past things got rocky for them as the RHONJ star accused him of cheating on her. Also, Joe got into the wire fraud, and that dragged Teresa in with her, she did time, he did time, and that couldn’t have helped their relationship.

What do you think about Joe Giudice’s message that talks about forgiveness, enjoying the present, and living life now? Do you think this means he’s planning on just getting on with his life without Teresa if necessary? Sound off your thoughts in the comments below.