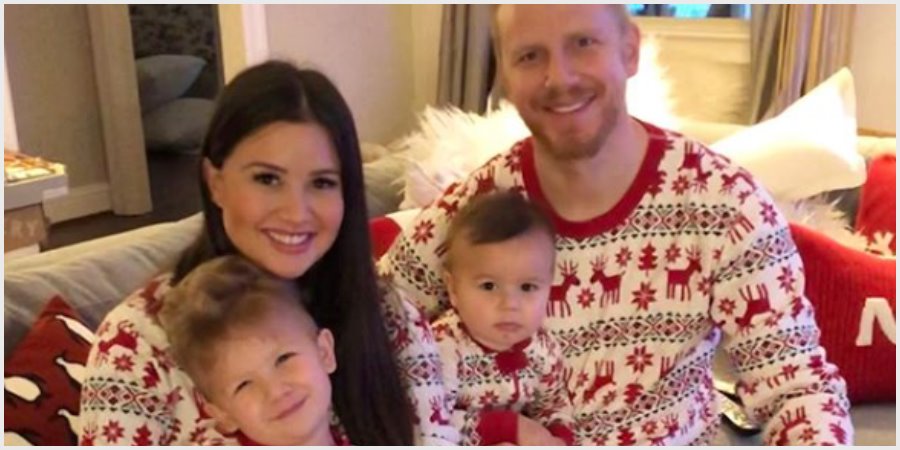 Baby number three arrived for Bachelor alum Catherine Giudici and Sean Lowe. The two are a favorite of fans because they represent what the perfect Bachelor love story should be. She shared the news today on Instagram with a picture of the new baby, Mia. She captioned it, “Mama, Mia.” When she made the announcement in June, she hashtagged it with Party of Five. She’s clever with her hashtags.

When the former Bachelor talked about their new addition, Sean Lowe said, “the first two have been pretty cool, so why not a third?” The Season 17 couple already have two boys, three-year-old Samuel and one-year old Isiah. Catherine spent the last few days being pregnant in the hospital. They sweetly pretended Christmas was earlier so when they went to the hospital the kids still got to celebrate.

Catherine Giudici said they weren’t expecting to have another one so soon. Lowe said, “we were always planning on having three kids. This one came maybe a little sooner than we had planned, but we are excited.” He said raising three kids under three and a half is a daunting thought and who wouldn’t. That many babies can be hard to keep up with.

The Two Little Ones Were Ready For Baby To Come

Catherine Giudici said her boys were ready for the new baby. She said, “Samuel is constantly kissing mommy’s belly and telling the baby he loves him or her.” She said when she asked if it would be a boy or girl, he would say girl more often. Isaiah is probably not quite old enough to understand what getting a new sister means, but he will soon enough.

The couple isn’t done having children according to US Weekly. They said they plan to adopt as well. Catherine said, “Sean prompted it. He always wanted to adopt. I have no problems with that. I think it will be a beautiful family. We’ll see what happens.” Fans can agree any baby coming into their home will be loved and they are thrilled for the couple as they grow their family.