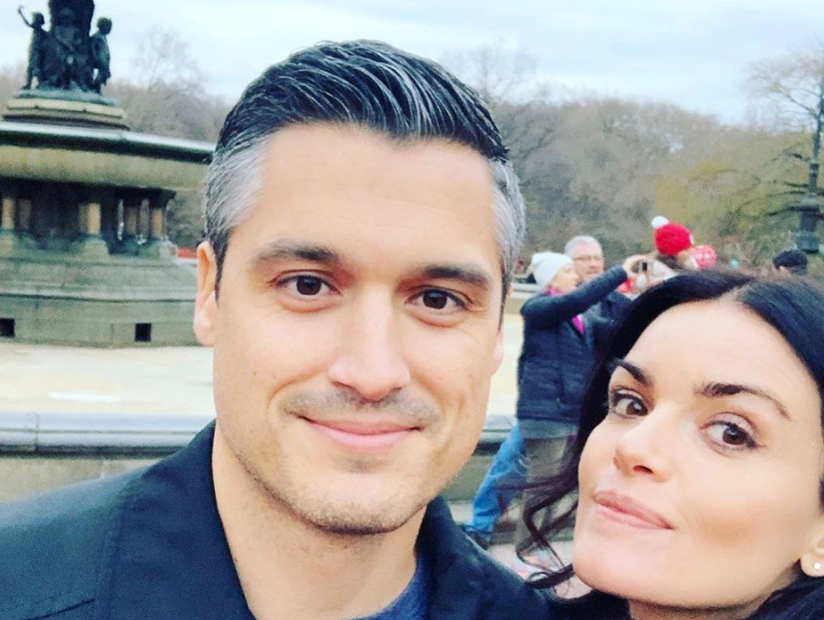 Bachelor Alum Courtney Robertson has had a great year. Now she is making a few big announcements. Not only is she expecting a baby boy, but she’s even engaged.

Courtney’s time on ‘The Bachelor’

Courtney is 36 and starred on season 16 of The Bachelor. She actually ended up winning and got engaged to her then-fiance, Ben Flajnik. However, later that year, in 2012, they ended up ending their relationship. Turns out, after that, she went on to date Arie Luyendyke Jr. who would later star on his own season of  The Bachelor.

Apparenlty Courtney and Arie are still close. She was even there for him when he wanted to switch from Becca to Lauren. She told him just to follow his heart.

“I’ve never seen him so conflicted and sad,” Courtney admitted. “We talked through everything. I gave him the best advice I could give him. I encouraged him to follow his heart.”

Since then, she has started dating her fiance Humberto Preciado. According to People, she shared on Instagram that he popped the big question, and she said yes.

“Happy Holidays from the three of us 🥰,” she wrote on the post. “I can’t wait to marry this man, with our son there 💙 Easiest ‘YES’ I’ve ever said 💍”

Happy Holidays from the three of us 🥰 I can’t wait to marry this man, with our son there 💙 Easiest “YES” I’ve ever said 💍

That’s not all the couple is saying…

On top of now being engaged, she is also expecting their little boy. The couple took an adorable photo of the two of them holding an I heart NY onesie. Then, she showed one of just her beautiful ring. It looks like she is going to have a fairy tale ending after all.

With all these big changes happening, it looks like no one is quite sure when the couple started actually dating. However, she posted their first selfie back in May on social media. Then, just a month later, he posted a photo of the two of them. Of course, they could’ve started dating long before this. There’s just no way to know without them saying what happened.

Are you happy to hear about this post-Bachelor engagement? Let us know if you think they are cute or if they won’t last in the comments. Be sure to watch Peter Weber’s season of The Bachelor when it starts back up in January. Hannah Brown will be making an appearance, and you don’t want to miss that.