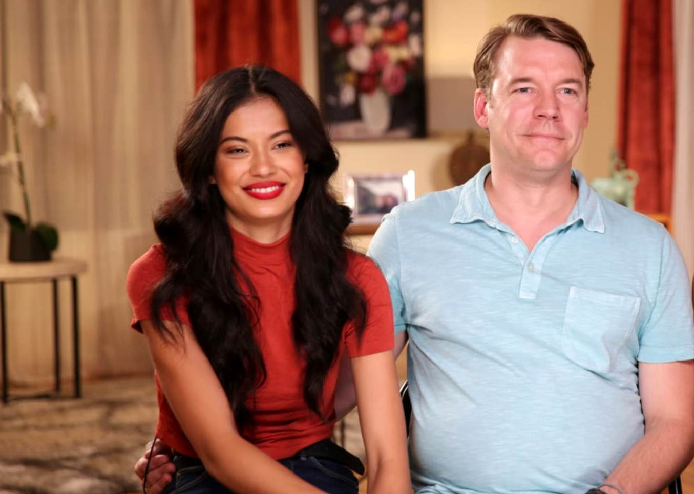 90 Day Fiance fans know that a lot of the show is fake. You have to take it with a grain of salt. According to a new report, Michael and Juliana’s prenup scene was faked for the cameras. It turns out that the couple wasn’t planning to get one after all.

TLC fans are getting fed up with the fake scenes. As previously reported via TV Shows Ace, some noticed that Angela Deem’s Botox scene was fake. Now the reality show is being exposed for creating a fake prenup scene.

90 Day Fiance star Sarah Jessen opened up about that prenuptial agreement scene that included Michael and Juliana. She didn’t care if she exposed the show’s shady ways. According to a report via Soap Dirt, Sarah admitted the scene was fake.

On social media, she shared the details of Michael and Juliana’s uncomfortable prenup scene. It was the producers’ idea for the trio to discuss prenuptial agreement.

Sarah explained to the producers that she did not want to ask her ex-husband about getting a prenuptial agreement. The 90 Day Fiance star believes that her ex “would never want a prenup.” She also revealed that is her relationship with Juliana is genuine and isn’t about the money.

Michael and Sarah are also good friends off the show. They have a close relationship and she doesn’t have a problem with Juliana despite what TLC wants you to think. Both exes have remarried and get along with each other’s spouses. Sarah and Michael are good co-parents, as evidenced on 90 Day Fiance by their children, Max and CeCe.

Do Michael and Juliana regret appearing on the show?

Sometimes it’s not worth appearing on a popular reality show. It’s not even worth the extra perks. Suddenly, everyone has an opinion about your personal life. In addition to that, the scenes on the show might portray a different story than what actually happens. Michael hates the way that TLC portrays his and Juliana’s storyline.

“This has been a very interesting journey for us, for our family,” Michael said on Instagram Live, according to a report via Showbiz CheatSheet. “Tonight’s episode and really last week sort of planted the seeds, and I think next week we’re going to see more of this stuff.

“It’s been a little difficult for us to be quite honest. You know, look, it’s a reality TV show. We’re not paid actors. There’s certainly a lot of liberties that are taken in the filming of this and that’s all well and good and it’s fun and games but I gotta say, Sarah(my ex-wife,) and Juliana, myself, we appreciate all the positivity and the support because we are living real lives here,” Michael added.

90 Day Fiance fans said he wasn’t forced to be on the show. He also questioned whether being on the show was a good idea. Michael blamed TLC and the production company for the way their story has changed. Juliana and Michael aren’t happy about being on the series.

Michael concluded his Instagram Live chat by saying that he hopes he can reveal his side of the story in the near future. What are your thoughts on the fake scenes on 90 Day Fiance? Sound off below in the comments section. Don’t forget to check back with TV Shows Ace for the latest news on 90 Day Fiance.