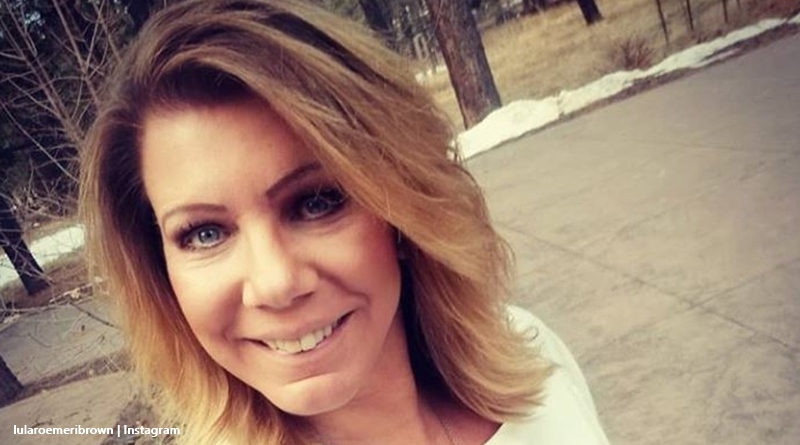 Sister Wives returns with a new season on January 5. The stars of the show probably look forward to watching it as much as we do. But, that’s next month and now it’s time for Christmas shopping and celebrations. Meri Brown recently attended a party at a friend’s place in Oregon, but left afterward to go shopping. However, that turned into a fail, so she said she’ll try again.

TV Shows Ace reported that Meri traveled all the way to Oregon to attend the Christmas party held by her friend. She and Blair Struble get together as often as they can. Obviously, they enjoy each other’s company very much. Both of them shared about the party she went to this week. And, fans noted that she looked happy and “radiant” on her Instagram.

The Sister Wives‘ star’s getting into the Christmas spirit. And, just like last year, she went to Salt Lake City with a friend to do some shopping. But, there’s room in her life for more gifts. Despite the upcoming season’s review showing her sad and angry, in real life she looks happy enough. Cheatsheet noted it’s been a good year for her off-screen. In fact, Meri recently celebrated her Lizzie’s Heritage Inn turning two-years-old. Now, she looks excited about Christmas.

Meri left her friend’s place straight after the party, but it turns out she could have stayed another day. Her mission for shopping failed. Meri shared on Instagram, “taking [a] little jaunt down to Phoenix today for some last minute Christmas shopping.” Then the Sister Wives‘ fan-favorite explained why. “Someone (me) had a really dumb idea to do it last Sunday after my flight and 3 hours of sleep, and the parking lots were packed.”

Meri added that she “knows [her] limits.” It turns out, “Needless to say, that didn’t work out so well so I’m trying again today! I guess I could have stayed in Oregon another day.” Well, that’s a pity she couldn’t stay longer with her friends in Oregon. But, “everything happens for a reason,” the saying goes. However, no doubt they plan another road trip sometime in the new year. They love doing that together.

Sister Wives fans reacted to the shopping fail post. And, so did her friend Blair. He said to her, “Don’t drive yourself crazy! Breathe.”  But, it looks like Meri’s in good spirits. She replied, saying, “t’s all good! Super chill vibe going on!”

One fan said to Meri, “Hope you get all your shopping done Meri.”

Another one, joked about the snowman shirt she wore, saying, “No! We don’t want snow here in Phoenix.”

What do you think about that big Christmas shopping fail by Meri Brown? Do you love shopping for the festive season but hate the crowds? Sound off your thoughts in the comments below.