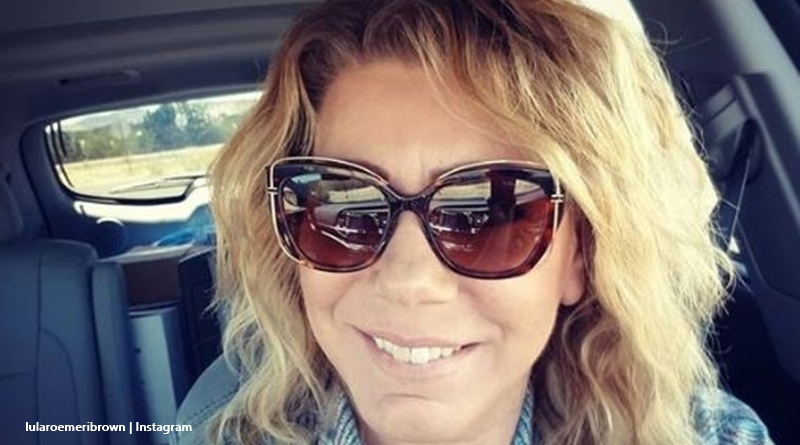 Sister Wives’ new season comes soon. On January 5, fans waiting so patiently can tune in and finally see what’s going on with the Brown Family. The preview shows Meri Brown looking terribly upset at one stage and concerned in another scene. But, in real life, it’s Christmas and Meri shared about going to a Christmas party at her friend’s place. In the photo, there’s no sign of concern, being upset, or sad. We see Meri looking radiant.

Sister Wives – Meri gets upset in the new season

TV Shows Ace reported that one preview scene showed Meri looking unhappy as Kody and she go to therapy. Trying to find a way forward in their long-failing relationship seems to be floundering. Later, Robyn gets unhappy as she feels stuck between Meri and Kody, and again, Meri looks unhappy. If you watch the preview, we also see Meri genuinely shocked and unhappy. That came when neighbors protested them staying next door. Meri said, “What do they think we’re gonna do?”

So, Flagstaff’s not all joy and happiness by any means. Now its the Christmas season, Meri experienced a few sad thoughts off-screen, as well. Popculture talks about her sadness this year for her missing child. Kody and Meri expected a son years after Mariah’s birth but she had a miscarriage. Now, Meri couldn’t help but wonder and wish for him to be around this festive season. But on Monday, the Sister Wives star shared a very different type of post on Instagram.

A house divided. The Browns thought their move to Flagstaff would bring them closer together, but unexpected complications draw them further apart…with Kody caught in the middle of his four wives. Tune in to the new season of #SisterWives Sunday, January 5 at 10/9c. pic.twitter.com/O3OwUojRaD

Meri enjoys the company of her friend Blair M. Struble. When they see each other she shares about what they get up to. And no, it’s not a love affair. In the photo we see a radiant Meri laughing. You can tell she just let out the happiness inside. Meanwhile, her friends manage to look dead serious. Meri captioned it with, “This has got to be one of my all-time favorite photos!! Seriously! Thanks guys for keeping straight faces while obviously I couldn’t…You’re the best!!”

Fans of Sister Wives commented about how radiant Meri looks. One fan said, “Sheer joy….. and shenanigans if I had to guess 😍❤️.” Another noted, “You always look so happy and radiant when you are with your friends! You should be this happy all the time! Life is too short to live unhappy.” Well, that’s a nice thought, but really, everyone struggles with worries and concerns from time to time. And over on his page, Blair shared another picture that people also commented about.

This has got to be one of my all-time favorite photos!! Seriously! Thanks guys for keeping straight faces while obviously I couldn't…. You're the best!! 💙 @blairmichael12 @gkleinman05 😊🎄🤣 #LivingMyWhy #BecauseICan #LoveWhatIDo #LoveWhoIAm #Christmas #Laughter #Friends #Fun #LivingMyBestLife

Meri Brown traveled to be at the Christmas party and her friend really appreciated it. He shared a photo of him standing next to Meri. The caption read, “Always wonderful seeing you Meri! If only for a few hours! 💙 Thanks for making the trek from AZ to come to our Christmas party! 🎅🏼I see a road-trip in our near future!!!” From Meri’s IG we know they enjoy road trips a lot. Sister Wives fans and friends of Blair commented on that pic as well.

One person wrote, “Meri is so lucky to have you guys!! She is a wonderful person!!!” Meanwhile, Meri enjoyed herself and commented, “Thanks for the invite! Great night! 😊.”

Always wonderful seeing you Meri! If only for a few hours! 💙 Thanks for making the trek from AZ to come to our Christmas party! 🎅🏼I see a road-trip in our near future!!! 🚗 #Christmas #christmasparty #friends #friendship #laugh #happy #holidays #meribrown #thankful #joyous #happyholidays #haroldgale #santa #sleigh #sisterwives #instapic #christmastree #insta #instagood #instagay @lularoemeribrown

What do you think about that beautiful smile on Meri’s face at the Christmas party? Do you think she looked absolutely radiant?  Sound off your thoughts in the comments below.

Savannah Chrisley Stuffs Tiny Waist With TONS Of Cookies
Carlin Bates DRAGGED For Making Everything About Herself
Could Hallmark, Lifetime Christmas Movies Be Canceled Due To Hollywood Strike?
‘Bachelor In Paradise’ Cast Evacuated Due To A Tropical Storm
‘Gold Rush’ Alum Todd Hoffman Back with ‘Hoffman Family Gold’