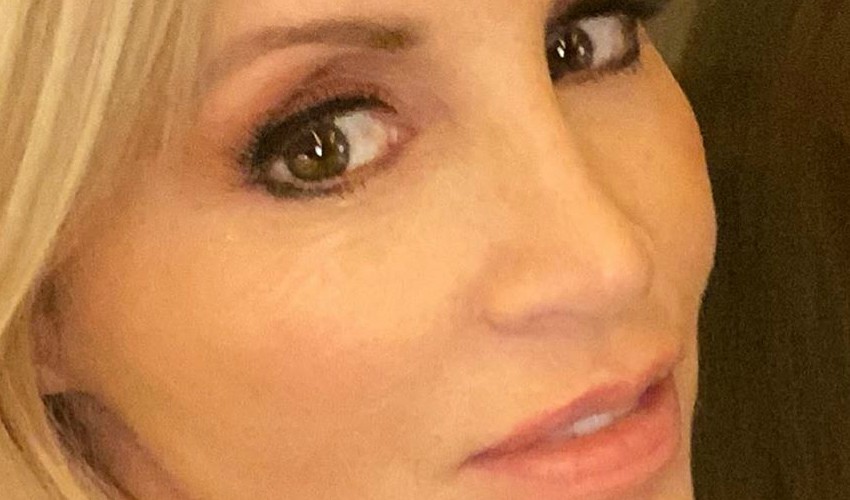 The Real Housewives of Beverly Hills star Denise Richards found herself with an unlikely ally. Throughout Season 9, Denise often argued with Camille Grammer. Who can forget the time Denise told Camille to “get the f*ck” out of her face during a heated moment?

The Wild Things actress opened up on her Instagram about a recent health scare. Instead of offering support, co-star Lisa Rinna called Denise out for skipping the Season 10 finale party.

According to her Instagram post, Denise knew that she had one hernia when she finally went to the doctor. The actress had been suffering pain for a while, but kept putting it off.

Being a mom, wife, & having a career sometimes it’s easier to just be strong and power through, I thought the pain & my other symptoms would just go away. They did not and got a lot worse.”

When she finally did go to the doctor, Denise was told she had four hernias. The mom of three underwent emergency surgery to repair the hernias.

Denise’s husband, Aaron Phyphers, posted the black-and-white photo of his “incredible woman” first. Denise then reposted it on her own Instagram with a sweet caption thanking her husband for taking care of her.

Lisa Rinna, on the other hand, took the opportunity to chastise Denise for not showing up at the Season 10 wrap party. The party was held over the weekend at co-star Dorit Kemsley’s home.

Reality Blurb reports that Denise was supposed to attend with Garcelle Beauvais. However, The Bold and the Beautiful star was a no-show.

TV Shows Ace reports that there has been a lot of tension between Denise and her RHOBH co-stars during filming. Reportedly, the other ladies don’t feel it’s fair that Denise uses work as an excuse to get out of attending events.

Denise and Camille did not get along very often on Season 9 of RHOBH. However, that didn’t stop the former Club MTV dancer from coming to Denise’s defense.

Camille called Lisa out for throwing Denise under the bus. Further, Camille suggested that next time, Lisa should call Denise directly instead of using social media.

Denise did not quit #rhobh and Rinna you throw your friend under a bus. How about calling her to see how she’s Doing and stop tweeting about it.

(Rumors have been circulating that Denise wants to quit RHOBH to focus on acting.)

Lisa was quick to clap back by giving an L.A. version of “Bless your heart.”

I did reach out to her privately. Thank you for your concern, Camille.

However, Camille only escalated the feud by accusing Lisa of hiring a PI to investigate a cast mate.

What kind of person or so called “friend” discusses hiring a PI to taken down a HW last season? #rhobh So vindictive and cruel.

Lisa has yet to respond to the allegations, though Camille later hinted that more than one person was involved in hiring a PI.

The Real Housewives of Beverly Hills returns to Bravo in 2020.