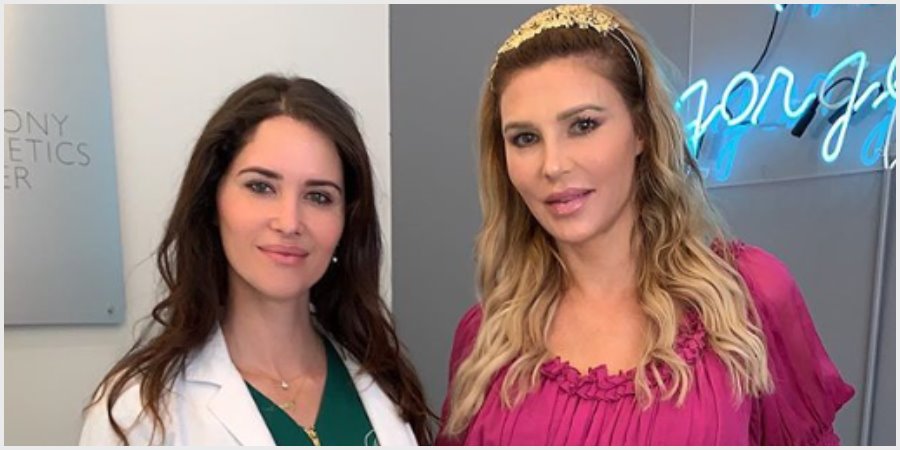 Brandi Glanville has never been one to mince words both on RHOBH and off. The former reality star recently went on Just the Sip, a podcast by Justin Sylvester. He asked her a question most fans of the housewives wants to know. He asked if she ever had pressure to create drama for the show when there wasn’t anything going on.

True to form, Brandi answered in a way that was meant to stir the pot. She said, “I personally don’t, but I see some other women feeling like they gotta get their foot in the game. They’re not relevant this season because they’re not involved in the fighting. That’s when I feel like it feels fake.” She says it’s fake if you don’t care about the fight and you try to get into it.

What Did Brandi Glanville Tweet That Was About RHOBH?

Brandi Glanville tweeted something that had the host curious. She had said, “if you sign up for a reality show any & all skeletons you have in the closet WILL come out eventually you can’t have secrets & expect to keep them EVER !!! so it’s just best to be honest #own it.”

When asked about the tweet she replied there was someone on the show who isn’t being herself. Brandi Glanville said this person has skeletons and they’ve gotten out. She won’t talk about who she means. There are a lot of fans who thought she meant Camille Grammer who has announced a return to Beverly Hills.

Who Was She Really Talking About?

According to The Cheat Sheet a source says they know who she’s talking about. The source says it’s Denise Richards. Glanville came on the show as a friend of Denise’s in season 9. The rumor is she’s going to go back on that friendship when she comes on in season 10 and call her out.

There have been reports of Denise possibly not wanting to film with the cast recently. Denise wants to act more and while the show has given her a lot of opportunities, she’s not as excited about it as she was. She doesn’t get involved in the drama so she doesn’t want to participate.

A source also said she didn’t want to go on the trip to Rome the cast went on. Producers didn’t honor her requests to skip it. Brandi Glanville wouldn’t be afraid to call her out on the show, though fans wonder what she would call her out for. They’ll be keeping eyes on Brandi’s tweets and watching the show when it airs to find out.