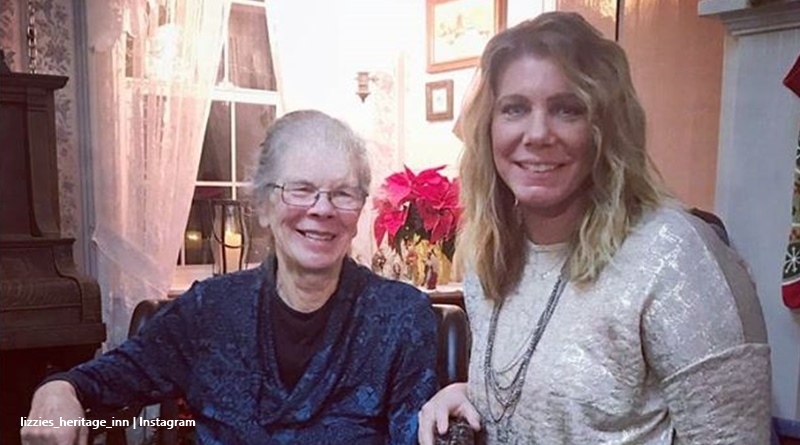 Sister Wives fans saw Meri Brown struggle when it came to raising the money to purchase her ancestral home and turn it into a B&B. Kody Brown and the other wives didn’t assist her, feeling she chose a bad business investment. But, it seems it worked out for her as it got rated the Best Country Inn, Utah 2019. Now, she celebrates the fact that her prized Lizzie’s Heritage Inn turned two-years-old.

TV Shows Ace reported that “in the last season by TLC, we saw, how Kody Brown first went with putting up some money, and then he changed his mind.” But Meri determined that come what may, she’d do it without him, if necessary. Fans didn’t like the way the other wives talked about Meri’s plans. But they liked it even less when finally, Meri raised the fund without them, but Kody pitched at the inauguration as though it was all his idea in the first place.

Fans of Sister Wives loved that Meri achieved her ambition. In fact, many of them hoped it brought her the freedom to dump the polygamous lifestyle with Kody. Actually, she spends a lot of time at the B&B which her mom Bonnie looks after in her absence. Meri gets away from home and from the Inn often with her LuLarRoe business. But it’s clear the struggle for her dream brought many rewards.

Cheatsheet noted that while only four rooms deliver accommodation for guests at the B&B, it’s doing very well. And, the fact they won the rating of the Best Country Inn, Utah 2019, seems to prove it’s popularity. In fact, good reviews by guests show what an excellent host her mom Bonne is. So, no wonder Meri Brown took to her Instagram to celebrate the two-year-old business. The Sister Wives star shared a photo of her standing at the Inn.

Meri Brown captioned it with, “Blessed, pleased, and beyond grateful to celebrate two years of @lizzies_heritage_inn today. I can’t believe it’s been two years since our grand opening, how times flies! So excited for what the future holds!” Naturally, her fans reacted to the good news. One of them said, “Wow 2 yrs already, congratulations on your success, may your future always be bright❤.” Another comment read, “You deserve it. It’s been your dream and you worked hard for it 👏👍.”

While fans said things like, “Wow, 2 years. Congratulations and many more to come,” it’s notable that none of the other Sister Wives or Kody commented on her post. In fact, that post came on her LuLaRoe account. But, on a similar post on the Lizzie’s Heritage Inn page, none of them showed up to extend their congrats there either.

What do you think about Meri Brown celebrating her B&B turning two-years-old already? Are you surprised none of the other Brown wives commented on her success? Sound off your thoughts in the comments below.