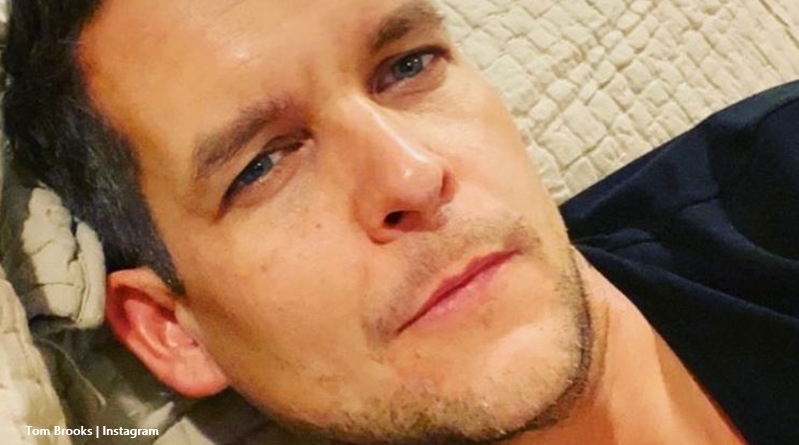 90 Day Fiance star Tom Brooks comes under fire for a number of reasons. One of those involved allegations he falsified his luxury lifestyle. Another issue aimed at him involving running an MLM scheme. Then he got knocked for palling up with Jesse Meester to diss on Darcey Silva. And now he talked about finding it hard dealing with haters and trollers.

TV Shows Ace reported that Tom Brooks might come under fire for allegedly using the Season 7 Tell-All party to recruit MLM downlines. Initially shared by @fraudedbytlc on Instagram, fans hated that Syngin and Tania apparently got sucked into it. One follower said, “Are all the cast members selling Amway or some other pyramid scheme these days?” Anyway, some people grew irritated with Tom.

Then, other news emerged via Cheatsheet that “The self-proclaimed gentleman has been called out for stealing other peoples’ photos on Instagram, and giving off the illusion that he lives a luxury lifestyle.” Hmm. So, plenty of 90 Day Fiance fans found things to hate on Tom about. Especially when you throw in the fact that they mostly can’t stand Jesse Meester who got together with Brooks. Both of them dissed their ex- Darcey Silva. Fans could assume that all these critics probably led to Tom talking about trolls. But was he talking about himself?

Tom talks about being successful and others get jealous

On Thursday, Tom took to his Instagram to moan about haters and trollers. In quite a long post, he said, “People who hate you because of a mere jealousy over your success hurt themselves in disguise.” Well, some critics think he’s not anything successful seeing he rode on the back of Darcey for his 15 minutes of fame. But anyway, he continued with, “This is because you carry an image of who they wish they had become. Don’t hate them back because they may also become like you one day and it will mean hurting that image you carry!”

In the rest of his post, Tom also mentioned, “Anytime you try to do something great with your life, there are always going to be others trying to bring you down.” And then he spoke about others who might become a celebrity. He said, “Maybe you’ve got a shot at celebrity, and your name is finally starting to get out there, but the bad reviews are pouring in, and the critics are shouting at you.” Possibly, he’s talking on behalf of his new business buddies, Tania and Syngin. She gets loads of 90 Day Fiance criticism.

Tom Brooks then went on to include those people not-so-famous. He said, “Maybe your situation is a little more common—maybe you are just dealing with some internet trolls on your favorite message board.” But then the kicker came out. Tom admitted, “No matter what form hate takes, it is always hard to deal with.”

90 Day Fiance fans reacted and many of them supported him. But, if fans read the actual caption including the hashtags, he tagged someone else. That someone else is Israelmore Ayivor, who the 90 Day Fiance star follows on Instagram. Maybe the personal development and leadership speaker is actually the one getting the hate? But, nope. Actually, the long haters and trollers post by Tim was actually accredited to Israelmore Ayivor. You can check that out on Tuko – most savage quotes.

What do you think about it? If Tom chose to share the quote, then obviously, he’s finding it a bit hard to deal with haters and trollers. Sound of your thoughts in the comments below.