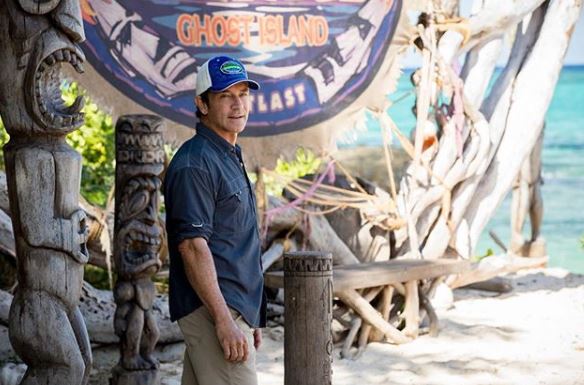 Tonight on a new episode of Survivor everyone was shocked when Dan Spilo was removed from the game. Earlier this season he got in a bit of trouble for touching that was making the girls on the tribe feel uncomfortable. Tonight, Jeff Probst showed up at camp to let everyone know that Dan was sent home. They said it happened off-camera and didn’t go into detail. They did say that it didn’t involve a player.

Entertainment Weekly got a chance to talk to Jeff Probst and get what details he is allowed to give out. The thing is that he isn’t allowed to say much. They asked Jeff what went down and here was his answer.

“The question is a fair and reasonable one. I’ve endeavored to be as forthcoming as possible with you regarding everything that has happened this season. In this situation, out of respect for privacy and confidentiality, I can’t say anymore.”

It sounds like fans will never know what happened on Survivor with Dan exactly. The only way they will find out is if someone else decides to share details. Jeff did say that Dan was upset at first, but then by the time he left he was being respectful to him.

Do you think the castaways were surprised when I said it was time to drop your buffs? #Survivor tonight 8/7c

Time for the finale

It is almost time for the big finale of Survivor: Island of the Idols. Dan won’t even be part of the jury now. This shakes up everything in the game for the players. They are less than a week from being done on the island. At this point, some of them lost a vote and also a person on their side in the game.

Don’t miss the big finale of Survivor: Island of the Idols on December 18 on CBS.

Update: More details are starting to come out.