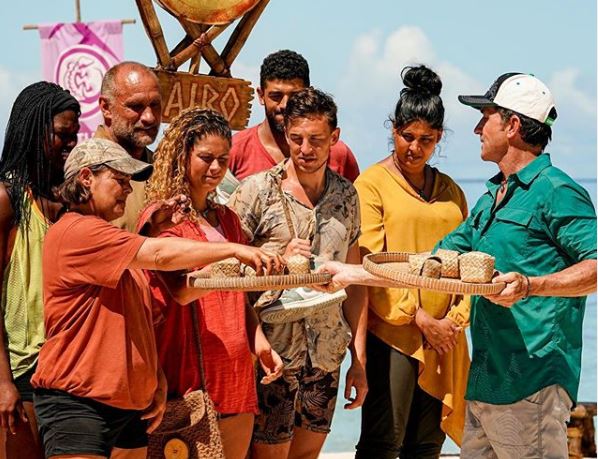 On the new episode of Survivor, Dan Spilo was removed from the game. They simply said that something happened off-camera. Jeff Probst was even quiet about exactly what went down. People was able to get a few details about what actually went down with Dan.

Dan Spilo was taken off the show tonight. After Jeff told the other contestants Dan was kicked off the show, they posted a small note on the screen. It simply said, “Dan was removed from the game after a report of another incident, which happened off-camera and did not involve a player.”

At this time, that was all that came out about it. This had fans speculating if something happened with someone in production. It turns out that is the case according to People.

Details about what happened with Dan Spilo

As of right now, Dan Spilo is not speaking out about what allegedly went down. That doesn’t mean that everyone is being quiet, though. Multiple sources spoke to People about it. These sources confirmed that what went down with Dan had to do with someone in production. They also shared that it happened after an immunity challenge on the show. Dan and other contestants were getting back into a boat when it happened. You have to wonder if it was the challenge right before he got sent home. This has changed the entire game.

This was not caught on camera, so there is no video that could end up coming out. At least one other person did see it happen, though. Unless the person it happened to decides to come out, fans of Survivor may never get all of the details about what happened. Regardless, Dan won’t be on the show anymore and isn’t even going to be on the jury.

Don’t miss the big finale of Survivor: Island of the Idols on December 18 on CBS. This will be filmed early and then air that night instead of live like they normally do for this episode.