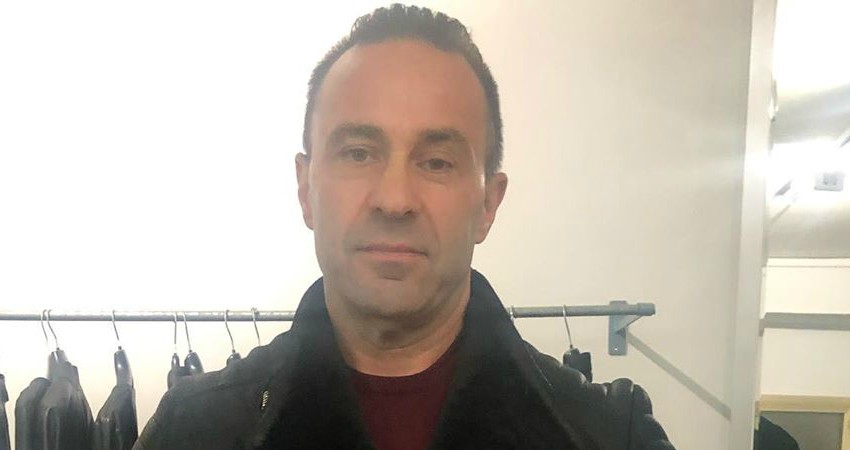 The Real Housewives of New Jersey star Joe Giudice isn’t wasting any time fishing for business in Italy. The reality star posted a series of videos on his Instagram about a “good productive day” inside a fish factory.

As fans know, Joe currently resides in Italy while he awaits the final ruling of his deportation appeal. After serving time in prison for fraud, Joe was sent directly to an ICE holding facility. In October, the former entrepreneur successfully petitioned the court to be released from custody to go back to his native Italy.

While the RHONJ star was born in Italy, he was brought to the US by his parents when he was just a baby. He never applied for citizenship, which is why he is under the threat of being deported. Joe’s wife, Teresa Giudice, and four daughters are all US citizens.

RHONJ fans were shocked when the first post-prison photo of Joe was released. The once-heavyset “Juicy Joe” lost 60 pounds in prison with MMA training.

Upon his return to Italy, Joe revealed that he wanted to train for professional MMA fighting. Unfortunately, there aren’t any training facilities near where he lives in Salerno, Italy. He pleaded with the closest training facility to take him on as a client, pro bono.

Based on his Instagram activity, the facility hasn’t taken him up on his request. However, Joe continues to train on his own in a local gym.

So Why is He in a Fish Factory?

The fish videos Joe posted on Instagram left fans to wonder why the former businessman was doing physical labor. In one video, Joe included a caption indicating a lot of manual labor was involved despite modern technology.

Lot of work manually even with all the technology of today

Reality Blurb initially reported that Joe was working in the fish factory. Another video of Joe and some other men in outfits similar to hospital scrubs led Joe to joke that they were ‘doctors.’

A source close to Joe revealed to The Sun that Joe wasn’t actually working at the factory. Rather, he was simply touring it to learn more about the fishing import/export business.

“He’s always wanted to get into this business before all of his legal problems. It’s a passion of his. He also loves food, obviously, so it would be a perfect job for him.”

The source clarified that the possibility is still in the “exploratory stages.”

The Real Housewives of New Jersey star visited her husband in Italy around Thanksgiving.

At the time, she revealed that their daughters wanted to visit Joe again for Christmas. However, Teresa was still undecided.

The same source from The Sun reveals that Teresa has too many work commitments to travel overseas.

“Teresa won’t be coming because of work responsibilities, and because her father is still very ill and needs to be looked after.”

As fans know, Teresa had to leave BravoCon early to rush her dad to the hospital. He was later diagnosed with pneumonia.

Inside Teresa’s Falling Out with Danielle Staub

In an about-face of the century, Teresa and RHONJ co-star Danielle Staub were able to repair their friendship. The table flip heard ‘round the world at the end of Season 1 helped put the show on the map.

After years of feuding, the two stars began Season 10 on good terms. While Bravo is holding the details close to the vest, a source tells Reality Blurb that a “serious allegation” is what blew up Danielle’s friendship with Teresa. The rest of the cast is also on the outs with Danielle.

Tune in to Season 10 of The Real Housewives of New Jersey Wednesday nights on Bravo. This is how to find out what goes down between the former friends.