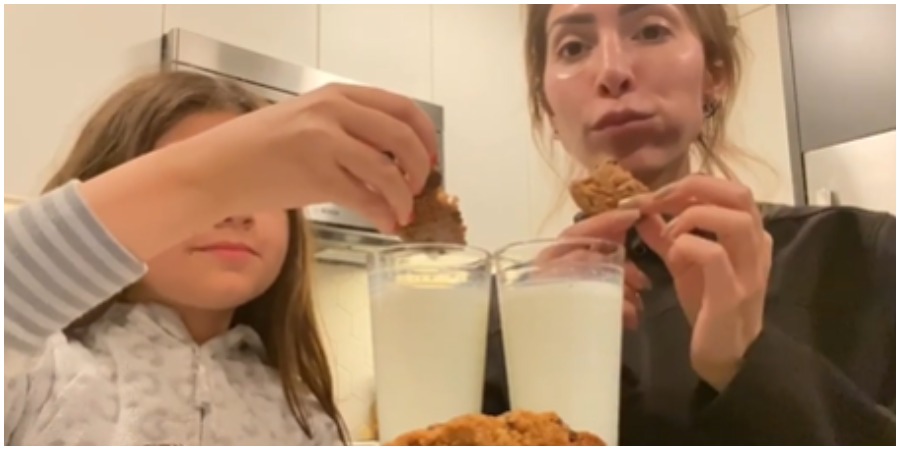 Farrah Abraham, formerly of Teen Mom, is known for posting racier content on social media. Christmas is no exception. For this latest Instagram video, she decided decorating the Christmas tree in red lingerie was a good idea.

The former reality star wears underwear complete with a thong and garters. She dances around the Christmas tree paying attention to one elf ornament. The point of the video according to Abraham’s caption. She said she praises moms spreading holiday joy while looking fabulous.

What Do Farrah Abraham’s Fans Think About This Latest Post?

The main concern fans had with this video was where was her daughter. In the past Farrah Abraham has used her ten-year-old daughter Sophia as a photographer for some less than tasteful pictures.

One fan said, “you have got to be kidding me. Putting up a Christmas tree is supposed to be a nice, family bonding experience. Not only is this AWFUL, but please tell me Sophia isn’t witnessing this.” Another said, “I really hope sofia was not in that room while you were dressed like that. No child should see their mother like that.” Some other followers said the video was weird and sad according to The Cheat Sheet.

The Teen Mom Star Is No Stranger To Controversy

She still has her supporters. One fan said, “so many negative people! Wow!Leave the woman alone! She can decorate her tree wearing whatever she wants!” There are some fans that find her carefree attitude and body confident image inspiring. Farrah Abraham is no stranger to haters. Just recently she was dragged for allowing her daughter to be so active on social media. This came after the ten-year-old read comments from her haters on her story. Farrah created Sophia’s social media for her and allows her to express herself often making cameos in her videos.

Farrah has been criticized a lot for the way she raises her daughter according to The Cheat Sheet. Since she home schools her, she takes her to red carpets and they travel a lot. She also lets her wear what she wants and allows her to wear makeup saying she’s not going to judge her. She posted previously, “I embrace her fun clothing, beauty, hair… so she can explore and find her true self without anymore hardships.” Farrah doesn’t care if fans don’t like her holiday video, she clearly is a woman who does what she wants.

‘My 600 Lb Life’ Milla Clark: Where Is She Now And How Is She Doing?
Elizabeth Gillies Brings Cleavage Out Of Retirement In Steamy Snap
Khloe Kardashian Considers Kanye West ‘Family’ Despite Kim K Divorce
Jessa Seewald Makes HUGE Decision After Birth Complications
Adam Busby Gets Candid About Something He Cherishes Deeply