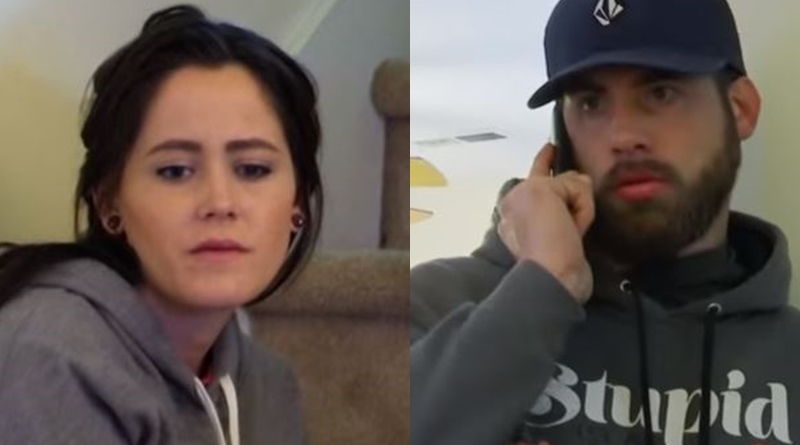 Teen Mom 2 fans know that Jenelle Evans filed for divorce from David. Plus, she filed a restraining order against him. Many fans grow skeptical that she’s doing any of it for the kids. They think she just wants back on the MTV show. And, they also talk about rumors she’s dating. Jenelle denies she’s dating anyone but David Eason agrees with skeptics she can’t be trusted to tell the truth.

It seems like Jenelle’s always saying she’s leaving Twitter as it’s a “nasty place.” But, she never stays away for very long. In fact, she recently got into yet another spat on the platform with Kailyn Lowry. TV Shows Ace reported that “Kailyn Lowry offered some advice to Evans’ ex-husband, Courtland Rogers.” It escalated into a very public fight between the two stars. And, Jenelle accused Kailyn of “doing anything for attention.”

Actually, most fans think that’s also why Jenelle keeps returning to Twitter. Jenelle gets a lot of hate on social media. Maybe she thought that would ease up after she filed for divorce from David Eason. But, fans still suspect all of her motivations and statements. They believe the Teen Mom 2 star has a problem with the truth. And, she never won back much support even after she finally left David. US Weekly reminds us, David shot the family dog a while back.

On December 5, Jenelle again took to Twitter. She posted, “I’m sick and tired of a million people asking me if I’m dating an ex or friends that I hang out with. No one needs to worry about what I’m doing even if it’s about my kids.” Teen Mom 2 fans simply don’t believe anything she says, though.

One person posted, “Everybody now KNOWS you lie about the MOST IMPORTANT things. So, stop talking about not dating anybody and we MIGHT think that you are doing good for your kids. That’s a HUGE maybe, though.”

Anther skeptic said, “It would 100% be growth if you are actually single. Having no man in your life for a while is what the viewers need to see. Your pattern in the past is move on from one relationship to the next so I’m sure that is why people are questioning it.”

Then, David commented on the post and he agreed about fans often being right in the past about seeing through Jenelle.

I’m sick and tired of a million people asking me if I’m dating an ex or friends that I hangout with. No one needs to worry about what I’m doing even if it’s about my kids. 🤷🏻‍♀️ https://t.co/SlklJxF8va

In his comment on the Teen Mom 2 alum’s Twitter, David said, “And she’s been caught in lies so many times!! Usually, people are pretty close with their theories.” Well, David might agree with all the skeptics as he knows Jenelle better than them. But, that didn’t mean his comment got any love. One person just posted up the meme shown below.

What do you think about Jenelle Evans posting about dating rumors and David Eason agreeing with skeptics who think she tells lies? Sound off your thoughts in the comment below.