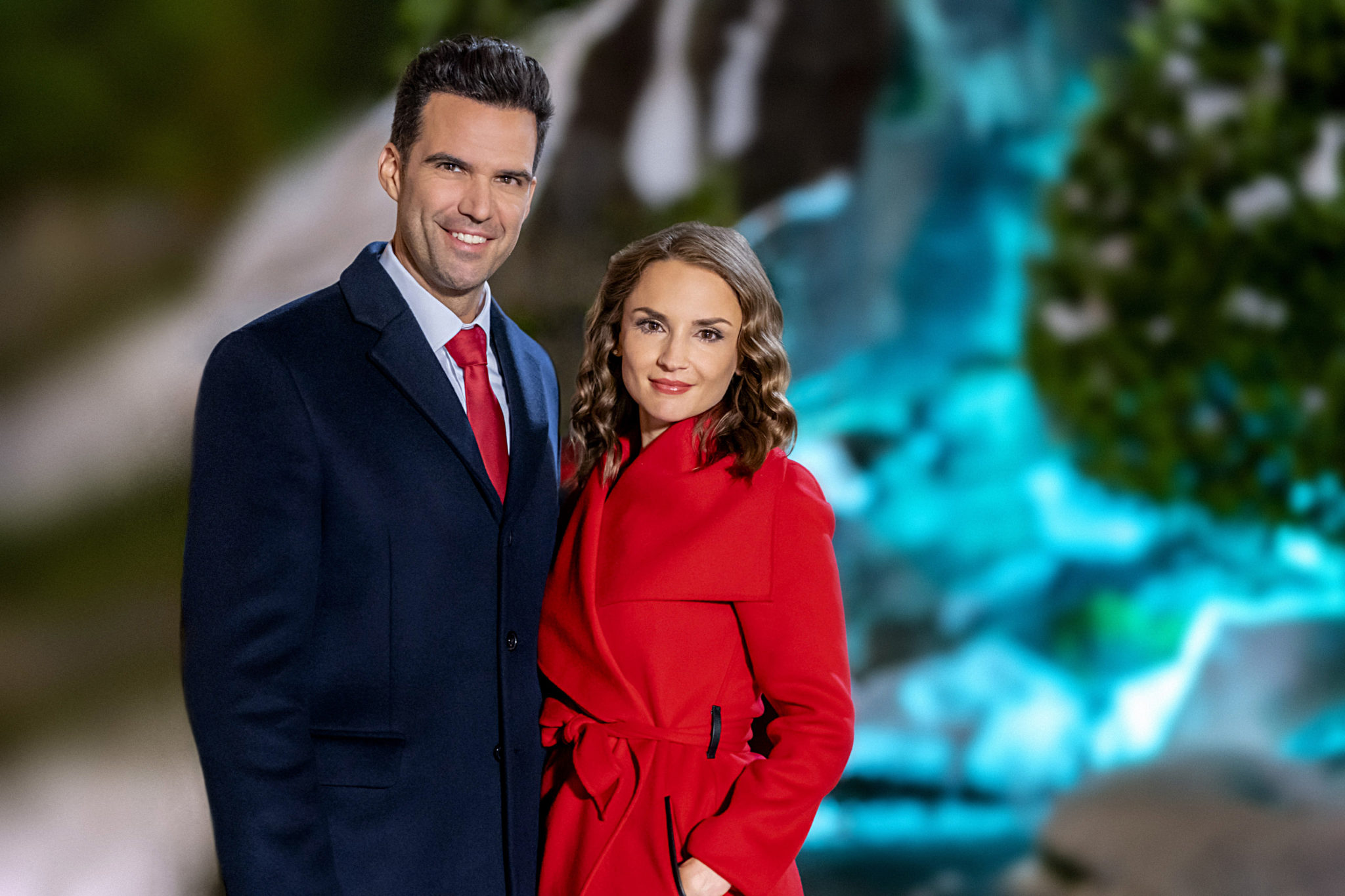 This Countdown to Christmas movie asks, what happens when you return home to find that this is really where your heart is at?  A Blue Ridge Mountain Christmas stars two Hallmark superstars, Benjamin Ayres (Suits) and Rachael Leigh Cook (She’s All That).

What Is A Blue Ridge Mountain Christmas About?

Willow Petersen (Cook)  has returned to her picturesque Blue Ridge Mountain hometown. She is back for her sister’s wedding, but it has been a while since she has been home. She discovers her family’s former lodge, the Eagle Ridge Inn is being sold again. The current owner, widower David Lyndon (Ayres) who bought it after Willow’s father’s death, has put it up for sale.

Willow comes up with the idea to use the Eagle Ridge Inn’s barn for her sister’s wedding. But first, she needs to convince David. Being back at this place has stirred up some memories for Willow. It has also opened up her heart.

Based on the Hope Ramsey novel, A Christmas Bride, A Blue Ridge Mountain Christmas is a tender love story about finding that home is where the heart is, and places you may have taken for granted are really important in your heart.

According to Cook’s hometown newspaper, the Startribune, A Blue Ridge Mountain Christmas is Rachael Leigh Cook’s sixth Hallmark movie. She told the International Business Times that it took the Minneapolis native several years to agree to do a Hallmark movie, despite the network approaching her on many occasions. She admitted that she did not want to be forever typecast as a romcom actress. Rachael stated that “I wanted people to see me more seriously.”

What changed? She said in 2015 “everything” changed. With so many streaming services available, and so many opportunities for actors, she calls this period of time the “Wild West.” She said that because of the different platforms, she no longer thought that doing a Hallmark movie was a “stigma” to an acting career.

Hopefully Hallmark can find a way to pair Rachael’s She’s All That co-star Freddie Prinze Jr. for a future Christmas movie. That would be quite a coup!

How Can You Watch A Blue Ridge Mountain Christmas?

Hallmark’s Countdown to Christmas 2019 consists of 40 movies that promise to fill your heart with Christmas love and miracles. Some of the movies you may want to see could include the One Tree Hill reunion in Write Before Christmas or Christmas At Graceland: Home For The Holidays, with dishy heartthrob, Adrian Grenier at Elvis Presley’s beloved Graceland. Be sure to check back with TV Shows Ace for the latest Hallmark news.