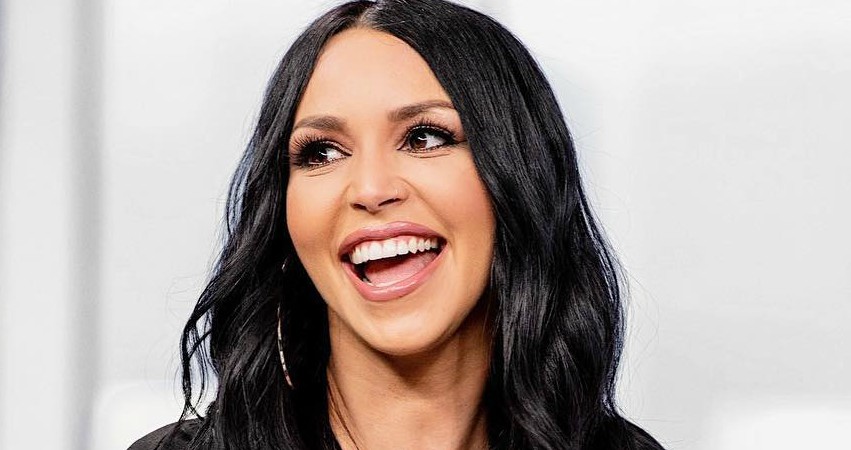 Vanderpump Rules star Scheana Shay intended to stay single for a while after multiple failed romances, most of which aired on the reality show. Who can forget the cringe-worthy scene of her begging SUR barback, Adam Spott, to tell her he loved her? (Spoiler: He didn’t and they went their separate ways soon after.)

Love is in the cards for Scheana again. After months of rumors and even an appearance at Bravo’s NYC fan convention, Scheana and boyfriend Brock Davies went Instagram official. She posted a stunning photo from their recent Bali vacation.

Single Scheana died in Bali…🤫 Tune in to our @scheananigans Friendsgiving episode for all the deets!

In the photo, Brock holds Scheana aloft in front of a breathtaking waterfall. Her caption was dubbed by one fan as the one that won all Instagram relationship announcements. Her caption read: “Single Scheana died in Bali…” She promised listeners all the ‘deets’ on her upcoming Scheanagins podcast.

Brock is a former rugby player who is now a professional personal trainer. TV Shows Ace has all the ‘deets’ on Scheana’s new love.

While Brock didn’t post a photo on his Instagram to make it official, The Inquisitr notes that they both posted similar photos from their Bali vacation. Both Scheana and Brock posted an individual photo alongside an elephant.

In a photo of her relaxing in a hammock chair, Scheana jokes in the caption: “I live here now.”

Stassi Schroeder and fiancé Beau Clark were asked after meeting Brock at BravoCon how they liked Scheana’s new man. Reality Blurb reports that some fans found Brock’s behavior during the panels off-putting.

When Stassi was questioned about Brock’s behavior, she brushed it off at idle gossip.

In front of us, he’s been very nice. But I keep hearing these stories and it’s making me laugh because this is now the 17th time I’ve been told this information.”

Beau confirmed that stories about Brock were brought up ‘literally 17 times. However, Stassi’s future husband gave the rugby player his seal of approval.

But I met him three days ago. I think he’s a really nice guy. Scheana’s lovely and she needs someone good for once. So, we hope that this sh*t works out.”

Stassi hasn’t always been Sheana’s biggest fan. However, she concurs with Beau that Scheana deserves a good man instead of a “loser.”

The relationship is too new for fans to expect Brock in the upcoming 8th season. Stassi and Beau’s romance and engagement will feature in Season 8, though. Vanderpump Rules returns on January 7 on Bravo.

WHAT? Josh Duggar Wants Trial Postponed For One Year
Julie Chrisley Dishes: Who Is Her Favorite Person To Cook With?
Savannah Chrisley Spills Secrets To Her Perfect Complexion
‘The Young And The Restless’ Spoilers, June 11-14: Summer Needs To Watch Her Back
Adam Busby Shares Photo As He Takes The Top Off