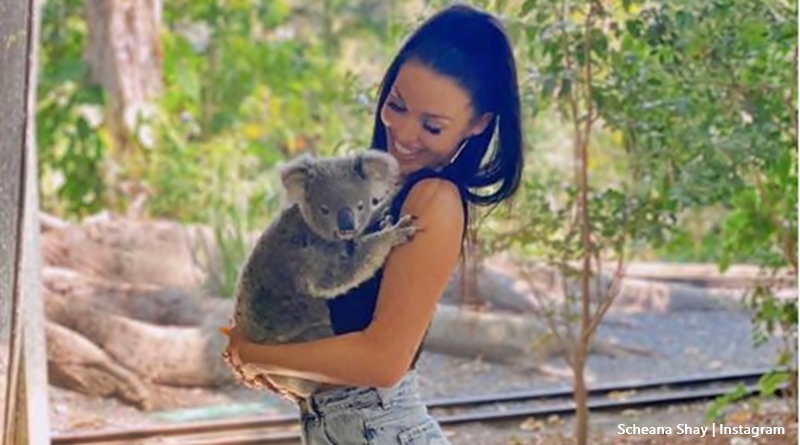 Vanderpump Rules fans heard that Scheana Shay’s dating a new man and he’s super-fit and good-looking. TV Shows Ace reported that “Shay is said to be dating personal trainer Brock Davies who hails from Australia.” But, what else do we know about him? Here’s everything we know about the new man in the Bravo star’s life.

Initial reports came out that Brock Davies is Australian. Well, it’s always hard to put the finger on the status of Australians and New Zealanders. Many people confuse New Zealanders with Australians as they speak a similar way. Also, on the map, they look so close together. But, as far as Kiwis (New Zealanders) go, they are anything but Australian and they deeply resent the inference. It’s a bit like saying Canadians are Americans. Anyway, it turns out Brock was actually born in New Zealand but played professional rugby for Australia in later years.

The new man in the Vanderpump Rules circle apparently already met some of the cast. Our article mentioned that US Weekly noted James Kennedy and Raquel Leviss seemed to like him. The outlet noted, “He’s quite the hunk!” Kennedy, 27, told Us at the PCAs. Leviss, 25, added, “He’s so hot. He has an Australian accent. He lives in San Diego.” The outlet also mentioned that he’s a personal trainer, and yeah, over on his Instagram and YouTube, he looks very fit and hunky. And recently, he took Scheana on a surprise visit to Bali, where fans wanted to know who her latest “hottie” was.

Just call me “Sheena, Queen of the Jungle” 🐘

After he gave up his professional rugby career that saw him play for France, England, and Australia, he moved to the USA. ESPN reported, “Davies came to the United States with a goal of focusing on his education and the hope of playing football. He enrolled at Colorado State University-Pueblo and walked on to the football team, which is one of the top programs in the Division II ranks.” He actually ended up as the team caption. Now, interestingly, he’s super-confident and ready to try anything. So, Scheana Shay of Vanderpump Rules will need to stay sharp with this guy.

ESPN relates how “the day before the NFL draft…Davies flew himself to Dallas on a whim and showed up unannounced at the Cowboys’ facility in hopes of earning a tryout.” Well, that’s not how things work in the NFL, but give the man 10 out of 10 for trying. In September this year, The US Association of Rugby League noted in a September article, that Davies, then 26, tried out for the Patriots in 2017, making headlines around the world.” He played in the “The annual North v South Tournament Sportsplex of Tampa Bay clash” held in September this year, so he still gets on the field.

Now he focuses on being a personal trainer to the celebrities, and he looks like a hard task-master. You can check out his idea of training in the video below. (The interesting bit starts at 0.43 seconds.)

Apparently Brock owns two F45 Training studios in California, so he’s doing okay for himself.  What do you think about Scheana Shay taking up with a professional athlete? Do you hope he’s the kind of guy to stick with her? Sound off your thoughts in the comments below.

Remember to check back with TV Shows Ace often for more news about the cast of Bravo’s Vanderpump Rules.