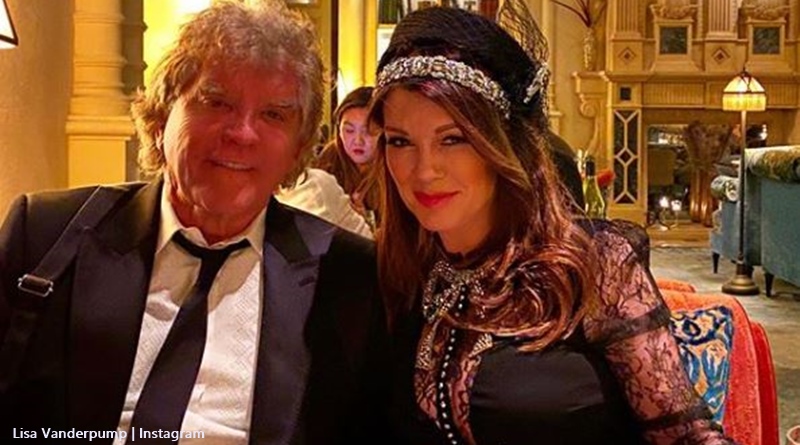 Lisa Vanderpump’s riding high with her win as the Best Female Reality TV star at the NFTA (National Film & TV Awards) event. US Weekly caught up with her there and she opened up about RHOBH. She said that fans really helped her when she went through bad times. Plus, it looks like she dropped a major hint that she won’t return to the Bravo show.

TV Shows Ace reported that Lisa, who Andy Cohen once described as the “queen of diamonds,” celebrated her win as the Best Female Reality TV star this week. We noted that the other cast members of RHOBH who turned on her last season were “probably spitting.” Fans of the show know that at the end of season 9, Lisa stepped away. It became all too much for her after accusations she leaked info to the media about the “Puppy Gate” scandal.

Fans still hope she returns one day, but Lisa Vanderpump hinted she won’t be back. According to US Weekly, she said Bravo asked her about a return in the future. However, she told them, “This is now…and…I’m really in a different place in my life now.” While that’s sad news for her fans, at least they can take some comfort from something else she spoke about. She also mentioned just how much the support of fans helped her cope with the death of her brother and all the nastiness from the other wives.

Fans flocked to stand by the “Queen” when the nastiness came in Season 9. In fact, prior seasons also saw the cast ganging up on her. But when her brother Mark died, one of the lowest points in her life arrived for Lisa. During her bereavement, came the attacks from other cast members. Notably, Kyle Richards decided this was the time to flip on Lisa and attack her over the news leak. The now infamous scene at Villa Rosa on Lisa Vanderpump’s birthday day weekend enraged her fans.

Flocking to Lisa’s social media, thousands of fans sent in their condolences, asked Lisa to step aside from the show and lent her support. And, it never went unnoticed by Lisa. Speaking to US Weekly, she said how much they actually helped. Mentioning that she felt “overwhelming love” at the BravoCon event in New York City, Lisa elaborated. “People are so invested in our lives and they saw the kind of trials and tribulations and me losing my brother.” Next, she added the other housewives “eschewed her,” and the next blow came when her mom passed away. Fans noted all of that and saw Lisa struggle as it became “all very convoluted, complicated.”

Lowest time made easier because of loyal and caring fans

Lisa Vanderpump explained how she felt about the support of her fans. So, if you’re one of them, take note you never went unnoticed.  “The people that watch and supported me, the comments, the love, endless wonderful messages that people have really helped me when I’ve been at my lowest,” Lisa said.

What do you think about Lisa acknowledging that her fans helped her through the dark days on RHOBH? Sound off your thoughts in the comments below.