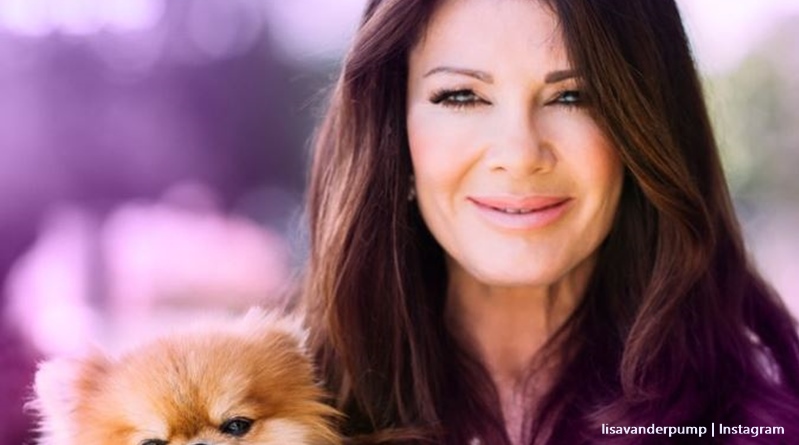 Lisa Vanderpump just won an award that might have her ex-co-stars on RHOBH spitting. Taking to her Instagram, she shared about her award. Later, she shared a photo of her and her husband Todd out celebrating. She took home the award as the Best Female Reality TV star at the NFTA (National Film & TV Awards) event.

Lisa shared her great moment on Instagram. She titled her first post with, “Thank you for voting for me as your Best Female Reality TV Star! I’m honored to have won the NFTA National Film & TV Award.”

Naturally, fans reacted and one of them said, “Woo hoo we’ll deserved, your the most genuine and deserve your award, wish you were still on RHOBH.”

Another felt much the same, writing, “Congrats!! You are an amazing soul!! I enjoyed watching you on the real housewives of Beverly Hills you are my favorite!!”

Well, fans of Lisa know she’s no longer with The Real Housewives of Beverly Hills. But, it’s pretty certain her Bravo frenemies on the show won’t be gushing with joy over the win. TV Shows Ace reported that it looked like Kyle Richards and Dorit’s husband, PK recently took a dig at Lisa over who should be the “Queen” of the show. After the season 9 scandals surrounding Dorit’s dog that she adopted ending up in a shelter, Kyle and Lisa and the rest of the cast fell apart seriously. Unfixable, many broken friendships littered Lisa Vanderpump’s departure from the show.

In fact, according to Reality Blurb, to rub salt in the wounds, Andy Cohen said on his show, “[Lisa] will always be… the queen of diamonds in the Bravo universe.”

Thank you for voting for me as your Best Female Reality TV Star! I’m honored to have won the NFTA National Film & TV Award

Todd and Lisa celebrate her win after the awards

In her next post, after announcing her win, Lisa shared another photo. This time, they celebrated. Lisa captioned it with, “Celebrating lol.” Was that “lol” a dig at the RHOHB cast who turned on her? We’d like to think so. Fans of Lisa Vanderpump reacted and here’s what some of them said to her:

Actually, other fans of Lisa also felt that with her gone from RHOBH, it lost its flavor. Another person said, “RHOBH has lost its edge. V dull now it’s one big love-in – and no laughs whatsoever Zzzzzzzzz.”

What do you think about Lisa Vanderpump winning the Best Female Reality TV Star at the  NFTA National Film & TV Awards? Do you think her frenemies are spitting? Sound off your thoughts in the comments below.

Which Duggar Courtships Seem To Be In The Works?
UPtv’s ‘The Wedding Ring’ Is The Perfect June Romance
‘Bachelorette’ Fans Wonder What The Heck A ‘Skin Salesman’ Does
‘Days Of Our Lives’ Two Week Ahead Spoilers: Brady & Philip Battle For Chloe – Sami Torn Between Two Lovers
Netflix‘s ‘Trippin’ With The Kandasamys’: Release Date, Trailer, & Cast