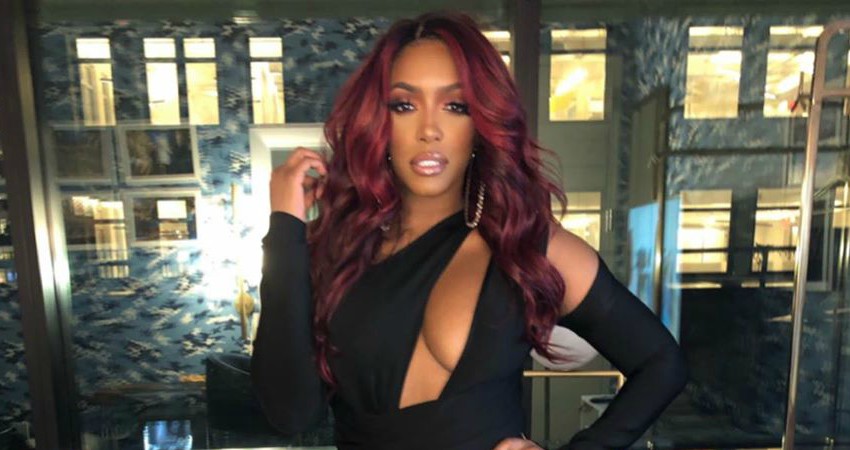 Fans of The Real Housewives franchises of Bravo will see a lot of weddings in 2020. Vanderpump Rules’ Lala Kent and Stassi Schroeder will tie the knot to their respective beaus next year. RHOA star Cynthia Bailey and RHOC’s Kelly Dodd have even chosen the same date – October 10th – for their upcoming weddings.

The Real Housewives of Atlanta star Porsha Williams throws her hat – er, engagement ring? – into the mix by confirming on Watch What Happens Live that her wedding will happen next year.

Us Weekly reports Porsha confirmed during her WWHL appearance that the engagement to Dennis McKinley is back on. The couple first went public with their relationship in early 2018. A few months later, she revealed she was pregnant with their first child.

Even before the split, the couple had problems. TV Shows Ace reported in October that they were fighting over signing a prenup.

After daughter Pilar was born in March, the RHOA star and her fiancé split amid rumors that he cheated on her. At the time, Dennis denied the allegations. However, fans are learning the truth during Season 12 of the Bravo show.

In a recent episode of The Real Housewives of Atlanta, Porsha confirms there was infidelity in her relationship. She reveals that Dennis admitted during a counseling session that he slept with another woman when she was pregnant.

During her WWHL appearance, the Bravolebrity was asked by a fan if the ring she was wearing was the same one that her on-again, off-again fiancé took back after their brief split. After calling the question ‘shady,’ Porsha admitted it was the same ring.

The Real Housewives of Atlanta star is determined to make her relationship work. She explained her reasoning to host Andy Cohen.

“We’re working on our family. It takes time. I love him, and he loves me, and we’re doing what’s best for our family. That’s really all you can do.”

Porsha took to her Instagram over the weekend to show off her sexy date night look. Relaxing on a couch in a black outfit, the reality star debuted a short, blonde look that set fans ablaze.

When he ask do blondes have more fun!❤️ What should I name this one ?? #DateNight *Ignore Pj show in background 😂 insert sexy R&B song lol Mua: me hair color: @chinchin_hair

The Real Housewives of Atlanta airs on Sundays on Bravo. There’s no word yet on whether Porsha plans to let Bravo film her wedding of the show. However, Cynthia Bailey has confirmed that her nuptials will air on the show.

Jackson Roloff Adorably Upbeat About Summer Camp 2021
Jill Dillard Shows Off Her Garden – Does She Have A Green Thumb?
‘Below Deck Mediterranean’ Season 6: Release Date, How To Watch
Ariel Winter Puts Cleavage On Display In Shirt With Plunging Neckline
Robyn Brown Has An Alternate Personality — And She Named Her