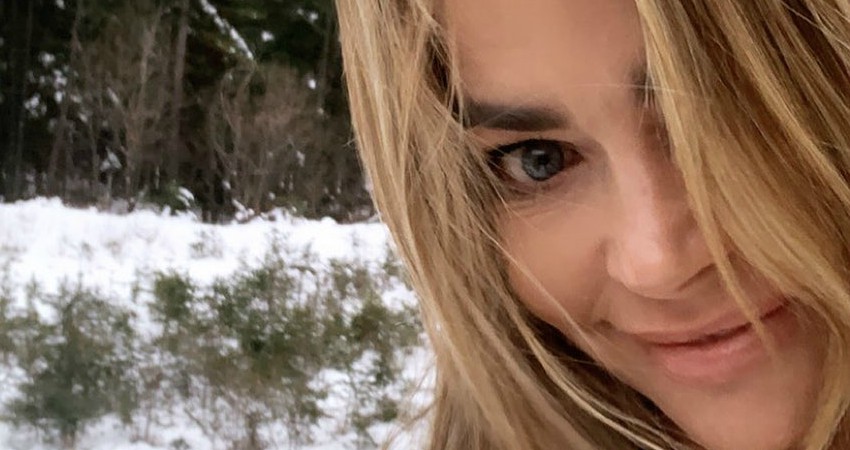 The Real Housewives of Beverly Hills star Denise Richards spent Thanksgiving with her family in Montana. One of her Instagram posts she shared of the holidays has fans questioning if the Bravolebrity plans to move to Montana.

Denise has been taking her children to Montana on vacation for years. After the devastating wildfires made her Malibu home unlivable in 2018, she took refuge in the “Big Sky Country” state.

Took off to #Montana still can’t live in our home after the #woolseyfire very grateful we still have ours many don’t. Happy to be around the gorgeous mountains & family🙏🏻 @ Montana https://t.co/zDRYozEbw0

The reality star posted many snapshots of her family vacation. A make-up free morning selfie, photos of her daughter, Eloise, hiding her face from the camera and a selfie with her husband, Aaron Phypers with the Montana mountains in the background.

It was this selfie that made fans wonder if the California girl is moving to Montana. The caption implied that she will soon have residences in both Montana and LA.

Soon we will be living here in Montana & Los Angeles.. best of both 🌎…. the first time I went to la when I was younger I felt like I was home, same feeling visiting Montana for the first time 7yrs ago. Such a sense of peace & simplicity.”

The actress and RHOBH star is also currently appearing on the soap The Bold & The Beautiful. Her husband was tagged in the post, letting him know that she wants a ranch. The post included emojis of farm animals, including a cow, pig, horse and chicken. She also said she wants to mix ranch life with fancy LA items such as diamond rings and shoes.

Denise referred to herself as a BeverlyHillybilly at heart. If the family does move to Montana, she would likely keep a homebase in LA for her career.

Soon we will be living here in Montana & Los Angeles.. best of both 🌎…. the first time I went to la when I was younger I felt like I was home, same feeling visiting Montana for the first time 7yrs ago. Such a sense of peace & simplicity. @aaronwilliamcameron I want a ranch with 🐄 🐖 🐔 🐓 🦆 🐴 🐶 🐈 🚜 along with the fancy 💎 💄 👠👜🕶… #BeverlyHillbillyAt❤️

There has been a lot of speculation that the upcoming Season 10 of The Real Housewives of Beverly Hills will be less dramatic without Lisa Vanderpump. As fans know, Lisa chose to leave the show at the end of Season 9 after falling out with her co-stars over Puppygate.

TV Shows Ace reports that there WILL be drama next season. And it will be provided by Denise and her husband. A source says that Aaron is involving himself in the situation between Denise and her co-stars.

There has been lots of arguing and fighting and it’s all been on camera. He’s been inserting himself into Denise’s issues with the ladies and it’s causing even more tension and friction.”

A busy acting career has kept her from attending all of the events, which her co-stars feel is unfair. Denise did, however, attend the recent cast trip to Rome, Italy. Another issue is that Denise has bonded with RHOBH newbie Garcelle Beauvais. The other ladies may be jealous of their closeness.

Happy birthday to this beautiful woman @garcelle even more beautiful on the inside. I met her many many years ago one of our first jobs together in tv. So much respect for this classy strong compassionate friend. Garcelle you are a true gem of a friend. Have an amazing birthday and you are ageless girl & I love you💕💕💕

The Real Housewives of Beverly Hills returns to Bravo sometime in 2020. Denise can be seen on The Bold and The Beautiful weekdays on CBS.