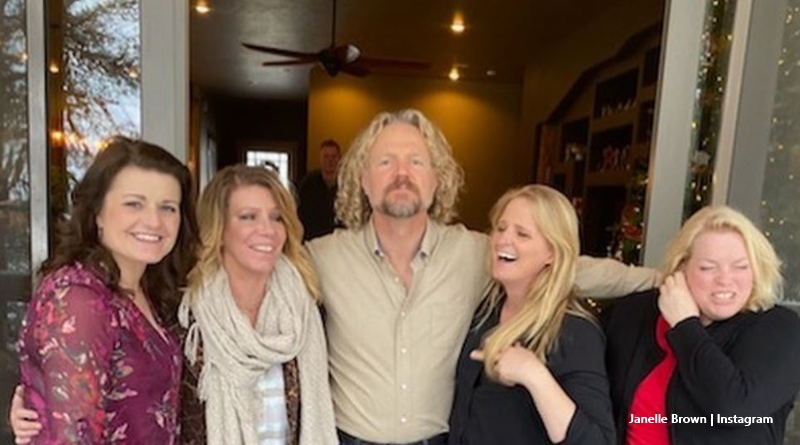 Sister Wives rumors about Robyn being pregnant swept across the Internet this week. Others thought maybe she was not well as she stays off social media. The Thanksgiving pictures that three of Kody Brown’s wives shared never settled the questions. Nevertheless, people did think they had a bit more ammunition to the theory that she’s expecting.

TV Shows Ace speculated that Robyn Brown might be ill. In September, we noted, “Multiple tabloid outlets ran stories about Robyn possible falling pregnant. InTouch Weekly and others discussed whether she really planned another child with Kody. But, their sources suggested that she just put on a lot of weight and has some ‘breathing issues.'” Thinking her absence from social media might be illness, led to nothing either.

But it’s interesting to note that of Kody Brown’s four wives, only three shared their Thanksgiving picture this year. Notably, Robyn’s last post on Instagram came in March. So fans took to the other Sister Wives accounts to see what they were up to for Halloween. Meri and Christine shared the same photo. Meanwhile, Janelle’s was very slightly different. In Janelle’s pic, she’s holding her ear, which she said was because her earing caught on her sleeve. And in that one, Robyns leaning slightly forward. Is there a baby bump?

At first glance, Robyn really looks like a forty-something and not pregnant. But fans on each of the wives on IG asked if she was. One fan said, “Robyn looks like she’s gained a lot to me.” One asked, “Robyn looks pregnant to me or a bad pic???” Well, she wore a loose-fitting blouse so it’s hard to tell. But others noted that all the wives except Robyn wore socks only. Kody wore some shoes, but Robyn stood barefoot. Which is odd as it’s freezing cold in Flagstaff at the moment.

Could the fact that she wears no shoes relate to pregnancy? Seeing some Sister Wives fan wondered about it, we checked it up.  LiveScience tells us that feet change during pregnancy. In fact, some women even increase their shoe sizes when they carry a baby. During pregnancy, the additional weight and pressure can make the feet feel a bit uncomfortable. And, while they recommend shoes that support the arch, going barefoot could feel more comfortable.

Well, it still doesn’t prove that she’s pregnant. But, it certainly maintains the speculation that she may be carrying another child for Kody Brown. What do you think of the Thanksgiving photo? Do you think that Robyn Brown looks like she might be pregnant? Sound off your thoughts in the comments below.