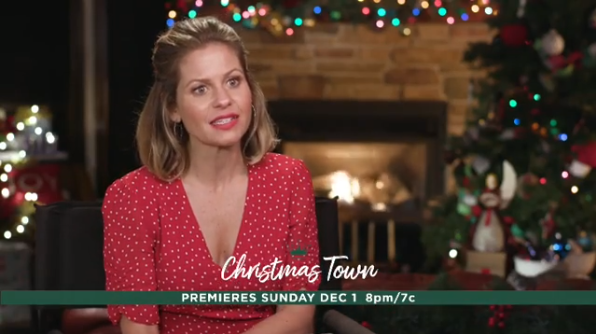 There’s no denying the success of the Hallmark Channel. Its inspirational Christmas movies have gotten other networks into the holiday spirit, according to the Post-Gazette. The Hallmark Channel prides itself on having original Christmas movies. The network makes sure that it delivers cheesy, fuzzy, and warm holiday feelings well throughout the year.

It seems as if these movies are airing earlier and earlier each year. The Hallmark Channel is aware of how successful its movies are. However, it does seem like the channel only attracts a certain demographic. Over the years, it has tried to broaden its appeal to a younger demographic. The Hallmark Channel has become No. 1 network among 18-49 and 25-54 women for eight straight weeks throughout the 2018 holiday season.

Other networks are copying Hallmark Channel’s winning formula. Even streaming companies are getting into the holiday spirit. Lifetime started airing original Christmas movies in late October and will continue to air them until Dec. 22. UpTV debuted 10 new Christmas movies based on classic Harlequin romance novels.

These three generations didn't know what to expect from their getaway Christmas vacation, but they got more than they ever could have wished for. ⭐ 🌟 💫 Watch #ChristmasChalet starring @micah.kalisch, @robindunne and @durance.erica this Sunday at 7PM ET on UPtv!

Of course, broadcast networks have always done Christmas specials. Most of them are one-hour celebrations filled with celebrity guests and music. But since the early 2000s, the success of Hallmark Christmas movies has prompted some networks to release their own content. That’s because there’s one big thing that’s missing from Hallmark Channel’s Christmas movies and that’s diversity.

Some of the biggest stars on the Hallmark Channel are Candace Cameron Bure and Lacey Chabert. Meghan Markle used to be one of the few black women who acted in Hallmark movies until she became a Duchess. As previously reported via TV Shows Ace, Lori Loughlin found fame once again through the original series When Calls the Heart until the college admissions scandal gave her the wrong kind of attention.

It may be the week of Thanksgiving, but here is an early Christmas gift from us to you! 🎁 Swipe to see when all FIVE #ItsAWonderfulLifetime premieres air this week! ❤️✨🌲 . . . . . #Christmas #ChristmasMovies #Holiday #HolidayMovies #LifetimeChristmasMovies #TisTheSeason #Movies

In an interview with the Hollywood Reporter, Abbott said that the generalization that Hallmark movies are whitewashed isn’t fair.

“I think that generalization isn’t fair either, that we just have Christmas with white leads. In terms of broadening out the demographic, it’s something we’re always thinking about, always considering and we’ll continue to make the movies where the best scripts are delivered to us and what we think have the most potential.”

What else is missing from Hallmark’s Christmas movies? Any other religion or faith. Last year, the network announced that it would premiere two Hanukkah movies in 2019, Holiday Date (Dec. 14) and Double Holiday (Dec. 22). As to why Hallmark refused to include the word “Hanukkah” in those titles, Abbott said that the network is not focused on religion. Keep in mind this is the same channel that has its popular “Countdown to Christmas” every year.

Abbott says that Hallmark is focused less on religion and more on appealing to a wide range of viewers. However, the holiday movies turn off younger viewers and appeal to more families.

@theplazahotel has brought them together, will Jessica @lil_henstridge decide to stay in her current relationship or take a leap of faith with Nick @RyanPaevey? Christmas at the Plaza premieres in less than 1 hour at 8pm/7c. Let’s get this #CountdownToChristmas movie trending on Twitter – use #ChristmasAtThePlaza when you tweet! 🌃

“I think Christmas has become almost a secular type of holiday more than Hanukkah, which really does have more of a religious feel,” Abbott said. “I think Hanukkah, from a religious point of view, is not necessarily as commercial and not necessarily as much about gift giving and it’s really about what those eight nights signify from the religious point of view. So I’m not ruling it out as something we would not do but this is kind of our first foray into this type of double holiday mix with a lot of Hanukkah in both movies [and] a lot of the celebration of how those nights are celebrated and experienced by those who practice the religion.”

Abbott insists that his network wants to increase the diversity of his movies. This is something that he has said before. In a 2017 interview with the International Business Times, Abbott called the lack of diversity an “industry-wide problem.” But it’s not an industry problem if networks like Ion and Lifetime feature people of color in their Christmas movies. The Hallmark Channel just fails to deliver on its promise. They continue to follow the same formula that seems to be working for them.

What are your thoughts on Hallmark Channel’s Christmas movies? Do you agree that they lack in diversity? Sound off below in the comments section.

Check out TV Shows Ace for the latest television news.