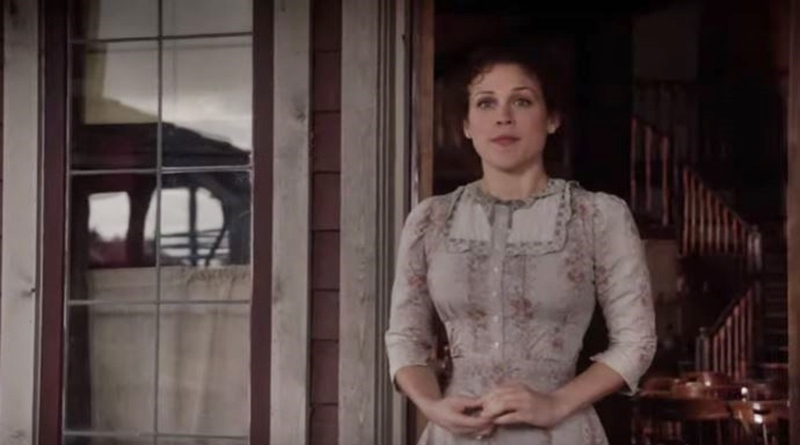 When Calls the Heart no longer features Lori Loughin, who played the role of Abigail Stanton. However, her co-stars have not forgotten her, and in Erin Krakow’s case, shows the true meaning of the Hallmark series. Following Lori’s suspected involvement in the college admissions scandal, many fans turned their backs on Lori. Lots of people spoke out about it. In an instant, Lori went from beloved to hated. However, Erin’s not one of those haters. This weekend she shared her birthday greetings for Lori.

When Calls the Heart brings a message about love, family, community, and forgiveness

Obviously, the fallout from Lori’s arrest and subsequent first hearing, resulted in Hallmark dropping her from the show. The show stands for good old fashioned American values, after all. Employing a major disgraced actress in the role of Lori simply didn’t meld with their show. So, Lori got fired, and since then appeared several times regarding the allegations.

While many fans of the show still hate on Lori, it seems that Erin Krakow does not. In the spirit of family, friends, and love, she demonstrates that with Lori. While it’s obvious Erin does not condone what Lori allegedly did, she probably hates the act rather than the person. In fact, just the other day, ET Online reported that Erin spoke about her friendship with the former When Calls the Heart star.

Erin Krakow misses her friend Lori Loughlin on the set

In their article, ET Online wrote, “Katie Krause spoke with Erin Krakow at Hallmark Channel and Hallmark Movies & Mysteries Summer 2019 TCA press tour event in Beverly Hills, California, on Friday, where the actress opened up about what it’s been like working on the Hallmark hit without Loughlin.” They noted that Lori admitted she misses her. Erin said of Lori from When Calls the Heart, “She’s my best, best friend, so that was hard not having her there, obviously.”

Well, it takes a strong and loving character to open up about a friend who’s being vilified by the press and on social media. In fact, it looks like even if Lori ends up with a jail sentence, that won’t mean Erin strikes her off her Christmas card list. And, that’s a real example of friendship. Even in the darkest days, and possibly amid many unspoken regrets, it must warm Lori’s heart to know she still has that friend.

Late Sunday night, Erin took to her Instagram to share her birthday greeting for Lori Loughin. The When Calls the Heart star, wrote, “Happy Birthday to my forever friend with a heart of gold. Love you!” The photo showed Lori and Erin in happier days.  Many fans responded positively to the birthday greeting. Here’s what a few of them said:

What do you think about Erin Krakow sharing her birthday greeting for Lori Loughlin? Do you think that she just displayed the true meaning of real friendship? Sound off your thoughts in the comments below.

Remember to check back with TV Shows Ace for more news about Erin Krakow, Lori Loughlin, and When Calls The Heart.