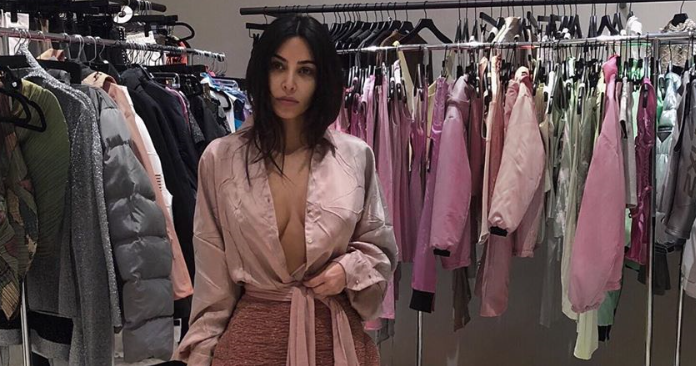 Kim Kardashian and Kanye live in Hidden Hills which gives them some privacy from the outside world. It’s a gated community so the neighbors aren’t close but the HOA still applies to the famous couple. When they moved in they’d already done quite a bit of remodeling. Now their neighbors are frustrated according the Cheat Sheet because they continue to make changes to their home as it suits them.

The home used to be owned by Lisa Marie Presley and is worth around twenty million dollars. Kim Kardashian and her family live close to other family members in the famous brood. The incorporated city they live in has just under seven hundred residents. Even though they can’t see their next door neighbors, with construction noise and the traffic that comes along with it, they know when they keep adding on to their property.

Why Do Kim Kardashian And Kanye West Annoy Their Neighbors?

A realtor in LA Emil Hartonian said, “most of Calabasas is comprised of gated neighborhoods with homes that are in a tract. Even though those properties are magnificent, you feel more, I guess, cookie-cutter.” That means they want the houses to be somewhat alike.

In Kim and Kanye’s neighborhood next to Calabasas, things are a bit more relaxed. According to the article, while their neighborhood is full of multi-million dollar houses, they area is considered a bit rougher around the edges than Calabasas. If you’re constantly doing construction, however, then the neighbors are going to notice.

Kanye West isn’t going to do something normal in his yard, because why would he. He’s been constructing large futuristic looking domes. He says it’s part of his plan to build affordable housing for homeless people.

Kanye Wants To Help The Homeless With His New Venture

He started an architectural firm, Yeezy Home, and the domes seem to be in connection with that. There have been several neighbors calling in ordinance violations on the construction. The neighborhood has rules against construction and noise on Sunday. Kanye and Kim Kardashian didn’t seem to care about that rule and had them working well into the weekend. After investigation it was found Kanye didn’t have the proper permits to build so he tore them down rather than trying to get the proper permission.