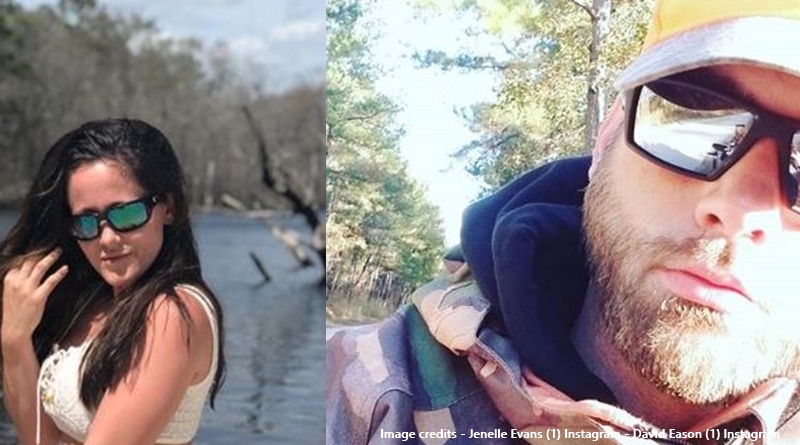 David Eason and Jenelle Evans split and she filed for divorce. Since then, TV Shows Ace noted that two Teen Mom 2 alums drag each other on social media. But, many MTV fans feel happy she finally left him. However, their troubles just got bigger as David’s ex, Olivia Leedham’s suing them for allegedly posting a revealing pic of her online.

Ashley’s Reality Roundup revealed the news that Olivia lodged the civil lawsuit against David Eason and Jenelle Evans earlier this month. According to them, neither of them responded yet, but they’re still within a 30-day window. The outlet confirms they got that information from “a New Hanover County clerk.” The suit is all about David and Jenelle allegedly embarrassing Olivia online by sharing a revealing “explicit photo” of her.

Sources told The Ashley’s that at one stage, David fought her for custody of their son, Kaden. The revealing pic allegedly came after she “created a GoFundMe page to raise money to help her pay for a lawyer.” Now she wants reparation in cash and some kind of punishment meted out. And, it looks like this is not something that just occurred to Olivia. Apparently she hinted at it on Facebook as far back as September. She wrote in a post to her fans about her problems. At the time, she said, ‘Everyone, just wait and trust me…about all the bashing. All it is, is a bunch of lies.'”

If Jenelle and David posted the photo online, they acted illegally

As fans of Teen Mom 2 know, David Eason and Jenelle both lived in North Carolina down on “The Land.” So, that means they may have run afoul of the law in that state. They passed a law that makes it illegal to share these sort of pics online as it can humiliate people. That amounts to a term known as “revenge p*rn” if it’s done without the person’s consent. Apparently, you can’t even do it in a livestream, no matter how shortlived.

The Go Fund Me that Olivia started in August this year explains Olivia’s feelings. She wrote that she tried to keep her son Kaden “out of harm’s way.” And she’d been at it for around five years. But she spent a lot of money, saying it’s as much as $50k. Plus, she’s a mom of two kids and gets by as a “single mom.” Apparently, her son refused to even visit David and Jenelle and “doesn’t even want to speak to [David].”

So far, Oliva managed to garner just over $6k for her legal fees. And, now it looks like she wants reparations for the embarrassment David Eason and Jenelle allegedly caused her. What do you think about these new legal troubles for David Eason and Jenelle Evans? Did you know that Olivia fought them to retain full custody of her son? Sound off your thoughts in the comments below.

Remember to check back with TV Shows Ace often for more news about David Eason, Jenelle, and his ex, Olivia.