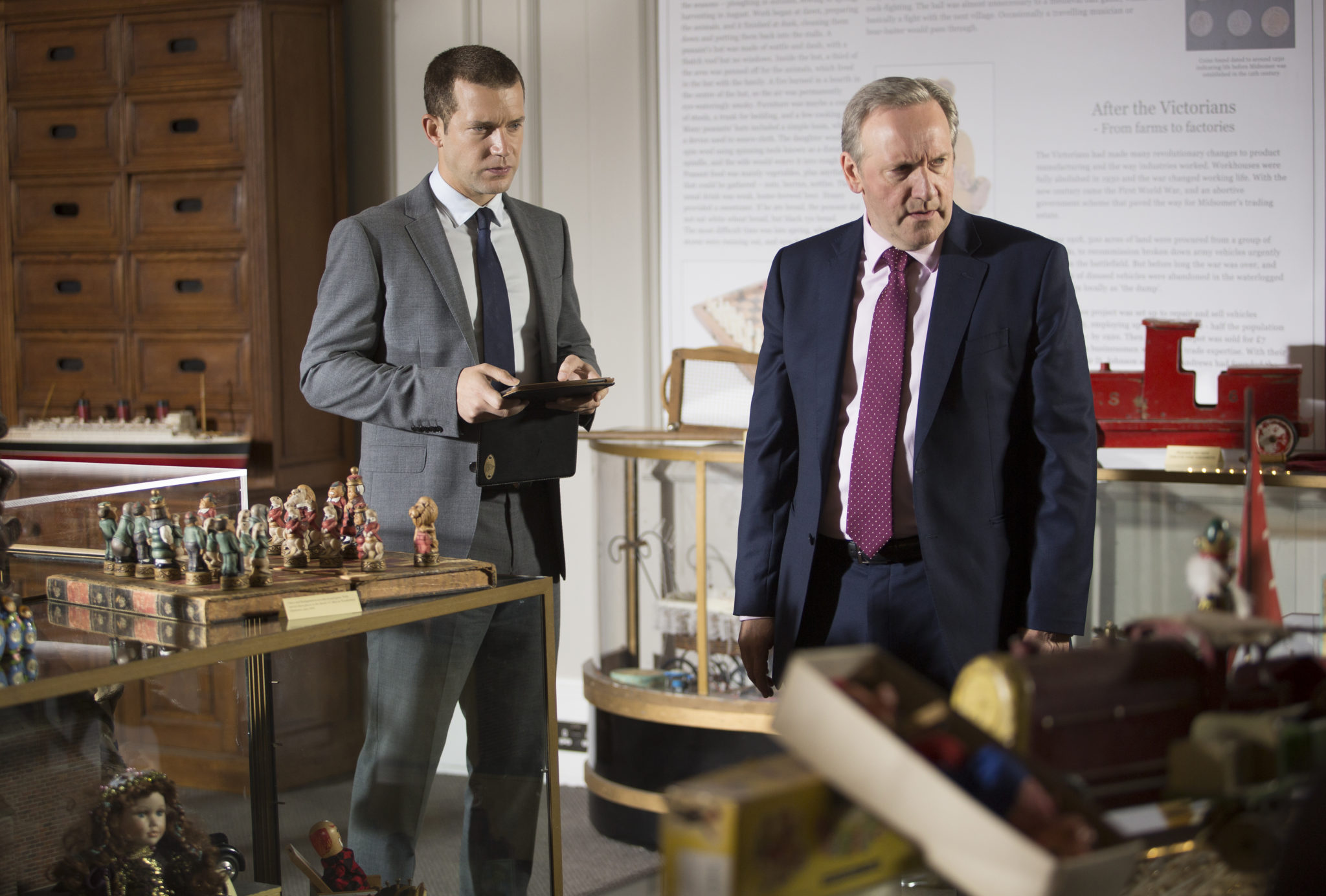 Midsomer Murders Season 21 is coming to Acorn TV and BritBox on December 1. TV Shows Ace has been reporting on the popular British mystery series. What are all the Midsomer Season 21 details that you need to know now?

Midsomer Murders Back For Season 21

There is murder again in bucolic Midsomer County. Best of all, it is at the end of Thanksgiving weekend. Who doesn’t want to spend the remaining moments with their family and loved ones watching catty and conniving Midsomer families?

DCI Barnaby (Neil Dungeon), along with DS Jamie Winter (Nick Hendrix) are back to solve more murders in Britain’s deadliest county. All four episodes of Midsomer Murders Season 21 will become available December 1, on Acorn TV and on BritBox.

Along with Dungeon and Hendrix, Fiona Dolman is back as Sarah Barnaby. Annette Badland is returning as forensic expert Fleur Perkins, one of the most unique castmates in the history of the show. Paddy, the Barnaby’s adorable dog is also back, offering some laughs in between the murder and mayhem!

Midsomer Murders Season 21 consists of four episodes.  According to Acorn TV, the titles are “The Point of Balance,” “The Miniature Murders,” “The Sting of Death,” and “With Bated Breath.”

In “Point of Balance,” the setting is the annual Paramount Dance Extravaganza. Barnaby and Winter are trying to remain balanced, as they follow some shocking red herrings, and a fractured family until they solve the case. Adorable, blonde Betty is now older and even talks! And, we get to learn a bit more about Barnaby’s family history with the introduction of his dad, Ned.

In “The Miniature Murders,” a shady real estate agent is shockingly murdered at the unveiling of a house collection, in front of a crowd of witnesses! The victim has a long list of people who would like nothing more than to see them dead. Add to it, Fleur is closely connected to a couple of the suspects. We get to learn a lot more about this quirky and acerbic character. One bonus is that this episode may have the most unique disposal of a murder weapon in the history of the show.

In “The Sting of Death,” there is a murderer on the loose at an aristocratic family’s medicinal beekeeping business. We get to watch Barnaby attempt yoga again, and stretching his mind to solve this case. The creativity of the murder is second to none.

The last episode of Midsomer Murders Season 21 is “With Bated Breath.” There is a murder at a Midsomer mud run. Marathon participant Winter is paired up with a local officer, as they help Barnaby uncover who the murderer is!

Where To Watch Series?

Now that Netflix no longer airs Midsomer Murders, fans can watch all 21 seasons on Acorn TV and Britbox. TV Shows Ace has previously reported that those in the U.K. can watch the last two episodes of season 20 on Britbox. There is no information on when it will air on television, but it will be sometime in 2020.

Be sure to check back with TV Shows Ace for the latest television news. Midsomer Murders Season 21 begins streaming on Acorn TV and Britbox on December 1.