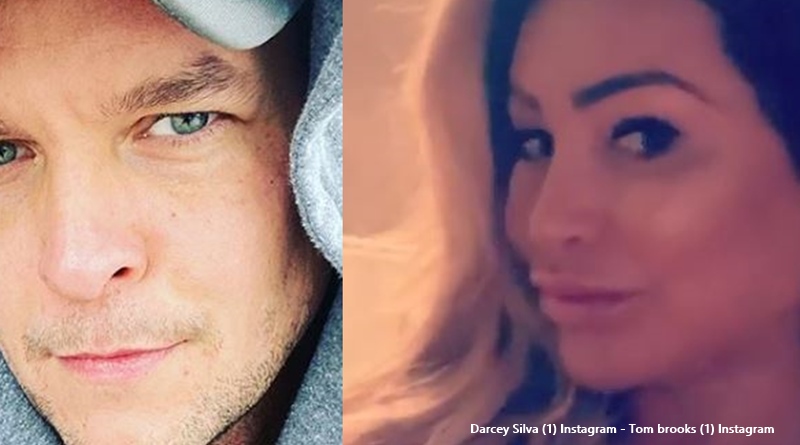 90 Day Fiance fans who follow the @fraudedbytlc account on Instagram often get reliable tea spilled. Now, they suggest that Darcey and Tom appear in another TLC show. Plus, they talk about Darcey sending money to a man on Facetime. It may be the same one who shared videos of Darcey with Tom’s sister.

TV Shows Ace reported in October that Darcey apparently filmed with someone other than Tom. However as Tom lost a lot of weight and looks slightly less dowdy these days, some fans agreed she could have filmed with him. With a few rumors floating that they appear on another TLC show, it seems confirmed by the @fraudedbytlc account on Instagram. In their post on Wednesday night, the account showed a picture from FaceTime that indicated Darcey sent money to a man named Michael. More on that later, but the caption included some tea about Darcey and Tom filming.

The post caption where it mentioned Tom and Darcey filming for 90 Day Fiance, said the two stars breakup. Well, we never really saw them do anything that indicated they ever got off the ground in the first place. In full, that section said, “Darcey and Tom …film another season of 90 Day together and apparently they break up in this one. Which, I mean considering they were never really together to begin with, I mean hey TLC that’s some fraud you want us to believe.”

Other tea about Darcey sending money to a man

In the same post, @fraudedbytlc noted Darcey sent money overseas. They wrote, “Who is the mystery man Darcey…[sends] money to and FaceTiming with late at night? Well, she needs to be careful.” That’s because she already made Michael angry. They added, “he’s got the goods on her.” Notably, they also wondered if Darcey and Michael were together all through the last 90 Day Fiance show. They also pointed out, “Tom has been out and about with other women so at this point, who actually believes what TLC is selling?”

Naturally, fans of 90 Day Fiance got into the discussion. In the comments, defrauded also noted why she sent the cash. They wrote, “allegedly the money was sent to him to also go to Turkey with Darcey to get his teeth done.” If you don’t know what they’re talking about, Darcey posted a few times about her pending visit to the country. Apparently, she and her sister Stacey both travel to the destination. Naturally, though, fans suspect it’s the same Michael who leaked videos to Tom’s sister about Darcey allegedly cheating on Tom.

Who is the mystery man Darcey is sending money to and FaceTiming with late at night? Well she needs to be careful because she done pissed off this Michael guy and he’s got the goods on her. Also, Darcey and Tom are filming another season of 90 Day together and apparently they break up in this one. Which, I mean considering they were never really together to begin with, I mean hey TLC that’s some fraud you want us to believe. But Michael has been with her the whole time? And we know Tom has been out and about with other women so at this point, who actually believes what TLC is selling? #90daytheotherway #theotherway #90dayfiancebeforethe90days #90daysbeforethe90days #beforethe90days #90dayfiancehappilyeverafter #90dayfiancepillowtalk #podcast #podcasts #90dayfiancepodcast #realitytvpodcast #trashtvpodcast #thefraudcast #darceyandtom

What do you think about the tea spilled that seems to confirm Tom and Darcey filmed for another TLC show? And, do you think this person she sent money to could be the same person who leaked about cheating? Sound off your thoughts in the comments below.

Remember to check back with TV Shows Ace often for more news and rumors about the cast of 90 Day Fiance.